Story By Edwin Appiah / e.appiah@theghanareport.com On Aug 7, 2020
Share
Pictured: An aerial view shows fire engines racing to the scene of the crash today near to Calicut airport in India's Kerala

At least 14 people are dead – including both pilots – after an Air India Express plane flying from Dubai to Calicut with 191 passengers onboard skidded on runway and crashed into a valley.

The two pilots tried to land in heavy rain after already aborting their first attempt and circling over the airport at its destination for 20 minutes.

The plane overshot the runway and skidded into a valley at Calicut airport, in the Indian State of Kerala, at around 7.45pm (2.45pm GMT) today.

Images circulating on social media show an aircraft ruptured into two parts laying in a valley.

According to police reports, both pilots and 12 other individuals were killed in the disaster. Another 123 people were injured in the crash.

A minister in the southern state of Kerala where the crash occurred told Reuters five people were killed in the crash, citing the police.

A. C. Moideen said he was on his way to the site after being asked to lead the rescue efforts.

Shashi Tharoor, a Congress party lawmaker from the state, said the two pilots were killed.

The NDTV news channel said 30-40 people were hospitalized and that other passengers had been evacuated from the aircraft. 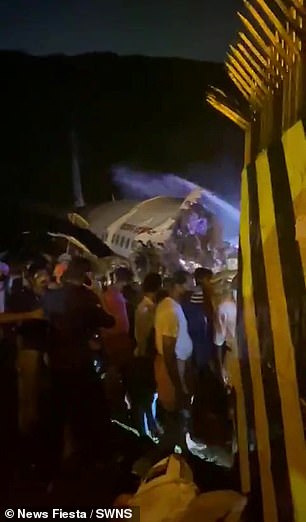 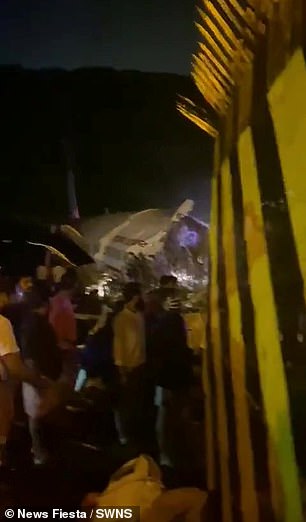 Images circulating on social media show an aircraft ruptured into two parts laying in a valley near Calicut airport, in the Indian state of Kerala 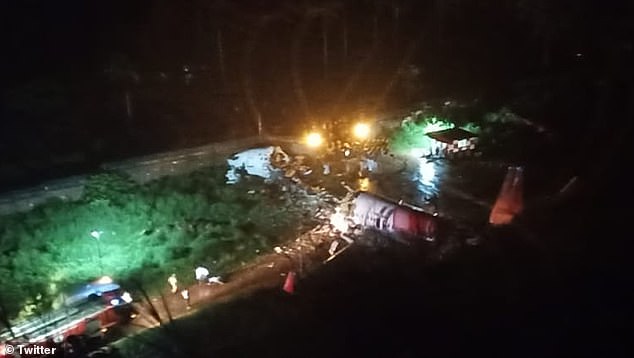 Pictured: An aerial view shows fire engines racing to the scene of the crash today near to Calicut airport in India’s Kerala 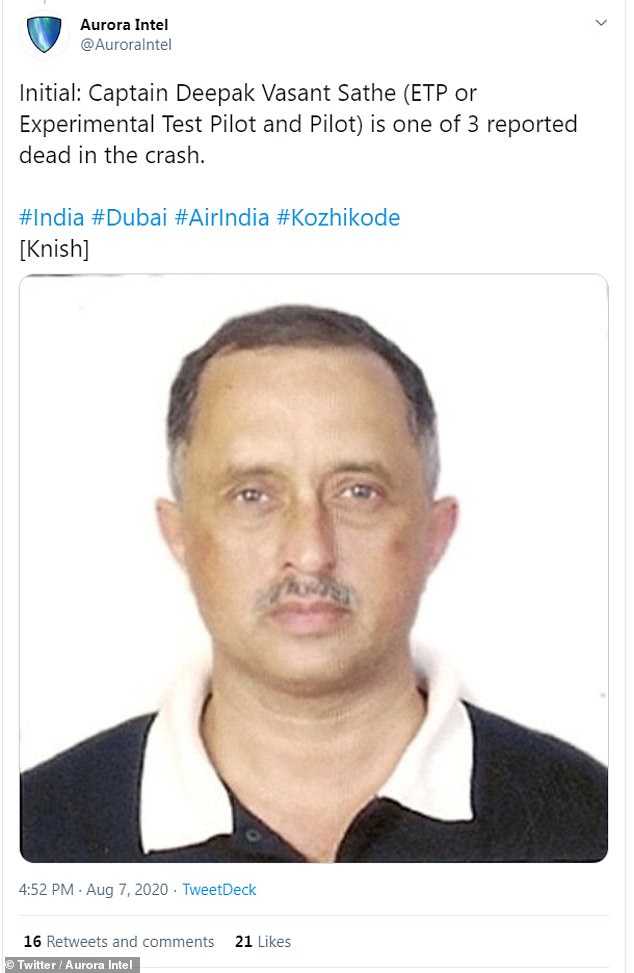 According to police reports, the pilot Captain Deepak Vasant Sathe (pictured), and one other individual were killed in the disaster. Another 35 people were injured in the crash 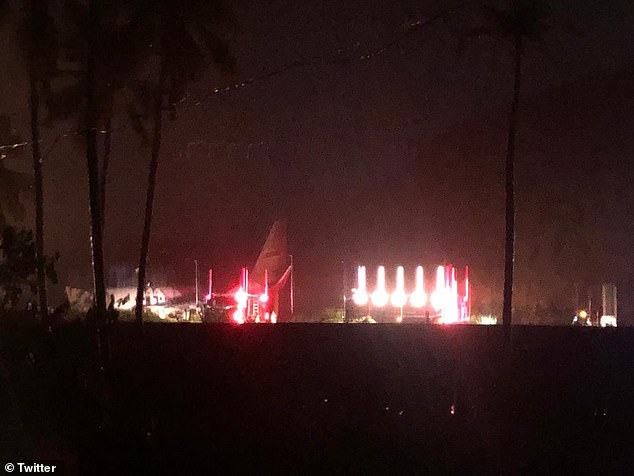 Pictured: A view of the plane which split in two when it over shot the runway at Calicut airport in India’s Kerala today

Amitabh Kant, who heads the government’s planning commission, said the runway is on a hilltop with deep gorges on either side, making it difficult to land.

‘The incident happened because of heavy rains and poor visibility. This is truly devastating,’ he told NDTV.

Indian Home Minister Amit Shah said in a tweet that he was ‘distressed to learn about the tragic accident of Air India Express aircraft at Kozhikode.’

It was a repatriation flight carrying Indian citizens back to country, officials said. Regular commercial flights have been halted in India because of the coronavirus outbreak. 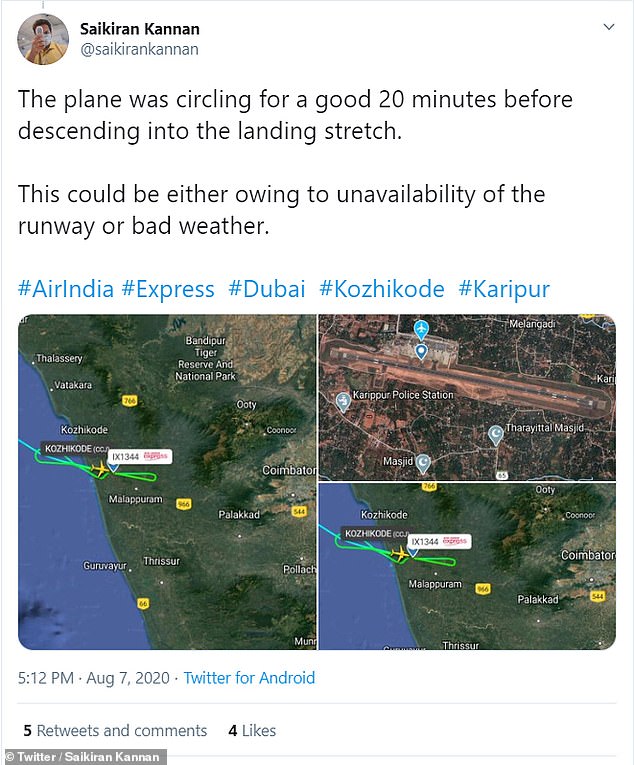 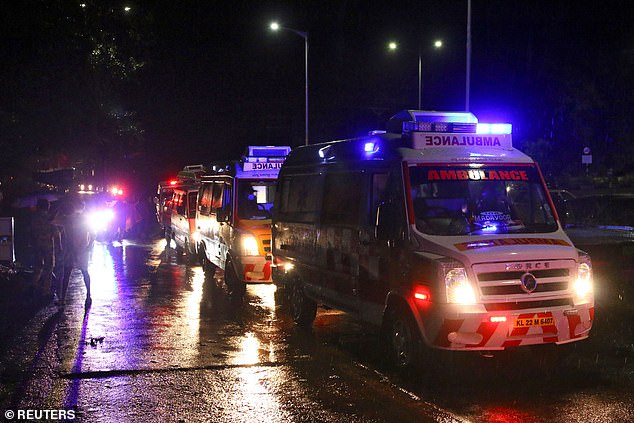