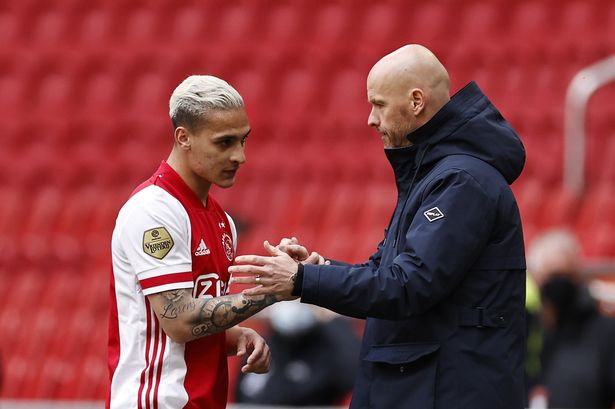 Ajax have dramatically upped their asking price for in-demand winger Antony in a bid to stave off interest from Manchester United.

But the Dutch side have raised their fee demand from £68m to £84m to underline he is not for sale.

Ten Hag has already made three signings as he looks to overhaul his squad after a hugely disappointing season.

Two of those have been from Holland – defender Lisandro Martinez from Ajax, his former employers, and left-back Tyrell Malacia from Feyenoord.

And the 52-year-old is keen on raiding his old side for the skilful wideman, who has scored 23 goals in 79 appearances in all competitions in his two years at the Amsterdam club.

He is more of a right-sided winger than a striker and would therefore offer competition to wide forwards like Marcus Rashford, Jadon Sancho and Anthony Elanga than Ronaldo or Anthony Martial.