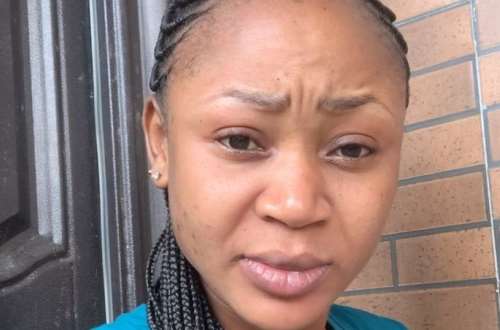 On Monday, her Lawyer Andrews Cudjoe Vortia filed a notice of appeal and an application for stay of the sentence while the appeal case is being determined.

The team is seeking a more lenient punishment.

Mr Vortia insisted the custodial sentence handed out to his client for posting a nude photo of herself and seven-year-old son was harsh.

“The mitigating factors in her favour are greater than the aggravating factors. When you consider this offence, it is not rape; it is not murder. It is a misdemeanor in which she could have been dealt with lightly,” he spoke to the media after judge’s ruling.

He also questioned the lack of concern for the accused’s seven-year-old son.

“Social welfare should have been brought in. We are protecting the child. The mother is gone, so who takes care of the child? Absolutely nothing was done to that effect,” Mr Vortia lamented.

The Criminal Division of the Accra High Court is expected to hear the bail application on Wednesday, April 21, 2021.

On April 16, 2021, Akuapem Poloo was sentenced to 90 days for posting nude photos of herself and her seven-year-old son.

She was given 90 days for all three charges — publication of obscene materials, engaging in domestic violence, a conduct that in any way undermines another person’s privacy or integrity and engaging in domestic violence namely conduct that in any way detracts or is likely to detract from another person’s dignity and worth as a human being.

“The court is bothered with posting nude photos on social media. There is no doubt that apart from the canker of rape, defilement, physical assault, the publication of obscene materials are on the increase.

She also said she considered the fact that the accused Akuapem Poloo was a first time offender, a single parent and has also shown remorse.