The President, His Excellency Nana Addo Dankwa Akufo-Addo, has appointed James Oppong-Boanuh as Acting Inspector General of Police (IGP), a statement from the presidency has said.

The statement signed by Eugene Arhin, Director of Communications at the presidency stated “The President of the Republic, Nana Addo Dankwa Akufo-Addo on Monday 22nd July, 2019, directed the Inspector General of Police, Mr. David Asante-Apeatu, to proceed on leave with immediate effect, pending his retirement from the Ghana Police Service on Wednesday, 14th August, 2019.” 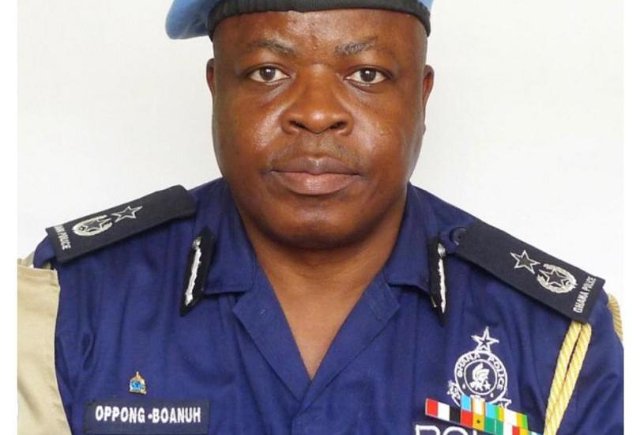 The statement further said, “President Akufo-Addo has asked the Deputy Inspector General of Police, James Oppong-Boanuh to act until a substantive IGP is appointed in accordance with the constitution.

The President commended the out-going IGP for his many years of service to the country and wished him well in his retirement.