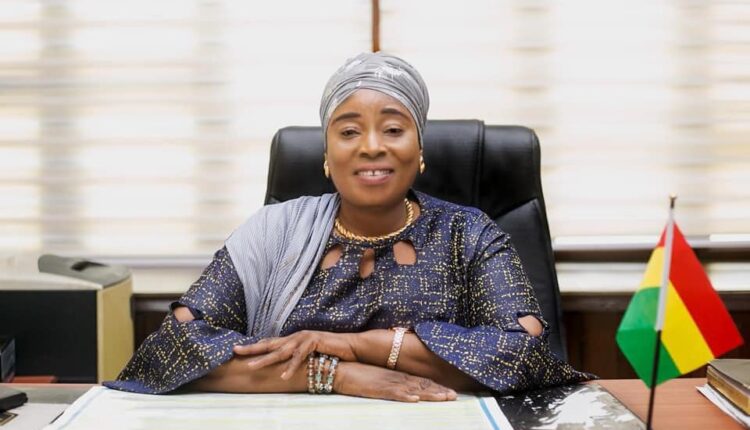 She was the Deputy Minister for Gender, Children and Social Protection until her appointment.

She was elevated as the minister following the dismissal of MP for Dome-Kwabenya, Sarah Adwoa Safo.

In a press statement, Director of Communications at the Presidency, Eugene Arhin, said their appointments are subject to parliamentary approval.

“The President is hopeful that Parliament will expedite the approval of his nominees for this important Ministry, so they can assist in the effective delivery of his mandate for his second term in office,” Eugene Arhin added.

The decision to relieve Ms. Safo from her duties as a minister came a few hours after parliament was compelled to adjourn a heated debate on whether to kick her out and vacate her seat for absenteeism.

The Speaker of Parliament, Alban Bagbin, was expected to deliver a verdict on Ms. Safo’s fate after missing 15 parliamentary sittings, an act that flouts parliament’s standing orders.