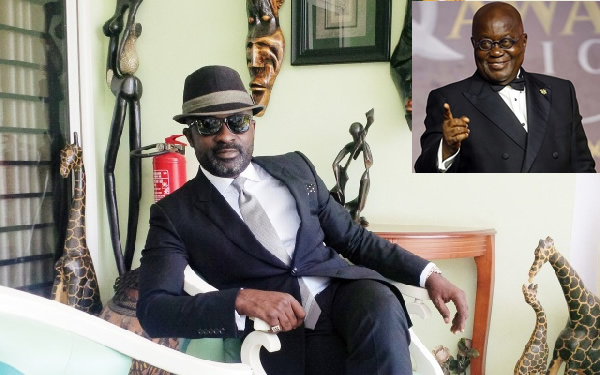 The former Special Prosecutor, Martin Amidu, has accused President Nana Akufo-Addo of rushing to issue a response without reading the details of the Agyapa Royalties Limited corruption risk report.

Mr Amidu said the report contained serious corruption issues which the presidency failed to address but rather depended on his cover letter.

Martin Amidu turned in his resignation letter on Monday, November 16, 2020.

He cited a plethora of reasons for his resignation, key amongst them was President Akufo-Addo’s alleged interference in the discharge of his duty in relation to the corruption and anti-corruption risk assessment he did on the controversial Agyapa Royalties Transaction.

In a response to the Presidency’s response which was released by the President’s Secretary, Nana Asante Bediatuo, Mr Amidu stated that the reply “creates the embarrassing impression that neither the President who directed and instructed you to write the letter under reference nor you as his Secretary have read the full sixty—four (64) page Agyapa report to be able to understand that it contains very serious suspected corruption and corruption-related offences for which I intended to open full investigations”.

According to Mr Amidu, “If the President and you had found the time to read the full Agyapa Royalties Transaction anti-corruption assessment report you would not have relied on the conclusions and observations like lazy lawyers relying on facts and holding in a published law report in making false and frivolous character assassination attacks on my integrity for cheap political point scoring”.

He added: “I shudder to think of the impression being created to the domestic and international community that this dear country of ours, Ghana, is now being run on autopilot.

Mr Amidu further accused the Presidency of attempts to throw dust in the eyes of Ghanaians.

“In the first place, your second paragraph written on the directives and instructions of the President which I have quoted and emphasised in the immediate preceding sentence also misrepresented the reference number of the Chief of Staff’s letter of 17th November 2020.

The anti-corruption campaigner also refuted suggestions by Mr Bediatuo of a meeting with President Akufo-Addo.

Mr Amidu was of the view that “truth does not forget facts and dates but lies do because lies have no integrity”.

In defending his action, he stated that further that “lies are known to be both the harbingers and symptoms of corruption, corruption behaviour, and activities”.

According to him, Mr Bediatuo had indicated that there was a meeting between him and President Akufo-Addo on 21st October 2020 but that was not the case.

“As the Secretary to the President even if suffered from a lapse of memory, you as his Secretary ought to have realized that he could not have held any such a meeting with me when I never travelled to the Volta Region during that period.

“The sloppy propaganda consisting of deliberate and knowing falsification of facts contained in your letter written on the directions and instructions of H. E. the President is so patently banal as to be incapable of convincing reasonable men who can discern factual truth from concocted falsehood except sycophants. Like corruption such lies contain within themselves the seed of their own destruction no matter how long it takes as I have demonstrated above simply with the facts and truth on my side,” he concluded.