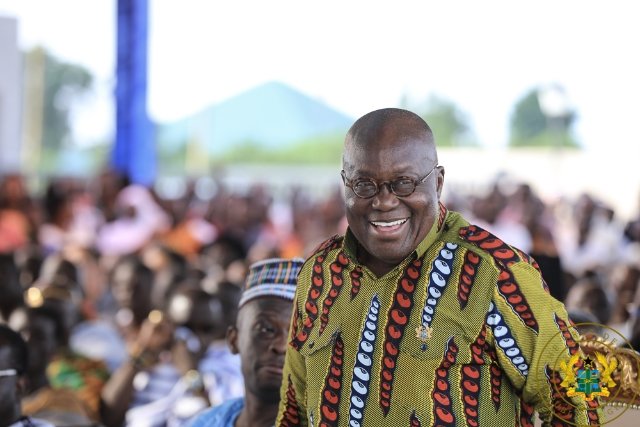 The president, Nana Addo Dankwa Akufo-Addo has cut the sod for the construction of phase II of the Tamale Airport.

The project is estimated to cost $70m and is being financed by a United Kingdom export finance facility.

The sod-cutting is part of activities the president is performing on a six-day tour of the Northern, Upper East and Upper West Regions.

The President had been interacting with the chiefs and people, as well as students and tutors, in selected educational institutions.

Addressing a gathering of chiefs and people at the sod-cutting ceremony, the president said persons whose property have been affected as a result of the project, have been duly compensated.

As a result, he expects the project to be completed on the 30-month schedule to avoid cost overrun.

The President further urged the Ghana Airports Company Limited and the Ghana Civil Aviation Authority, to protect the property on which the airport sits from encroachment.

Present at the ceremony was the Minister of Aviation, Joseph Kofi Adda.

He described the project as a “groundbreaking one.”

According to him the phase II of the Tamale Airport is part of Governments efforts to make Ghana an aviation hub of West Africa.

It is also to position Ghana as a preferred destination of choice for travellers.

This project, he pointed out, is one of many other improvements which the government of President Akufo- Addo, is introducing to improve the aviation sector.

Other efforts being made by the government in this direction, is retooling airports across the country to ensure their security.

This is being done alongside encouraging entrepreneurs to establish domestic airlines to improve economic development in the country.

In a related development the National Democratic Congress, the leading opposition party in Ghana, has labeled the sod-cutting exercise as a needless one.

In a statement released by the Communications Officer of the party in the Northern Region, Abdul-Mumin Alhassan said “the project was already set in motion by His Excellency John Dramani Mahama in 2016.”

“Cutting sod for the Phase 2 of the Tamale International Airport for the second time is intended to dribble citizens of the Region into forgetting that the sod had already been cut for the project after Parliament of Ghana on Thursday, November 3, 2016 approved a commercial agreement between GoG and Queiroz Galvao Limited for the construction of the second phase,” he said.