President Nana Akufo-Addo has called for all-hands-on-deck approach to help deal with the galamsey menace.

The president believes the fight against illegal mining can only be won in unity, devoid of partisan politics.

“It is obvious that if we are to win the fight, you and I, have to take the lead and collaborate closely to do so and that is why I am here today (Wednesday, October 5, 2022).

“After our meeting, I will also be meeting with the other half of the local government [institutions]-the Metropolitan, Municipal, and District Chief Executives in the ninety metropolitan, municipal, and district areas across the country, where mining activities take place, to seek their active collaboration.

“There are many requests I intend to make of you in the close-door session of our meeting, but one of the most significant, which I have to state now, is to seek your assistance to take partisan political interests out of the fight against galamsey.

“It can only succeed if it is truly a national battle which no one seeks to exploit for political gains as we saw in the last election. The progress of our country depends on all of us pulling together to defeat this threat to our future,” the president said during a meeting with the National House of Chiefs at Manhyia, in Kumasi.

The meeting was also attended by all Metropolitan, Municipal, and District Chief Executives (MMDCEs).

The meeting was to serve as an opportunity for all stakeholders to find realistic means of dealing with illegal mining, which is destroying water bodies and lands in parts of the country.

President Akufo-Addo also reiterated his promise that he will continue to put his presidency on the line to ensure this issue becomes a thing of the past.

The chiefs on their part assured the president that they are solidly behind his administration to apply appropriate measures against all persons involved in Galamsey in the country.

After several years, the government is under pressure to highlight the gains made so far, following several scandals.

The Criminal Investigations Department (CID) of the Ghana Police Service concluded that Mr Bissue did not circumvent laid down processes.

In December 2019, eight foreign nationals were arrested by the Western Forward Operating Base of Operation Vanguard for allegedly engaging in illegal mining. 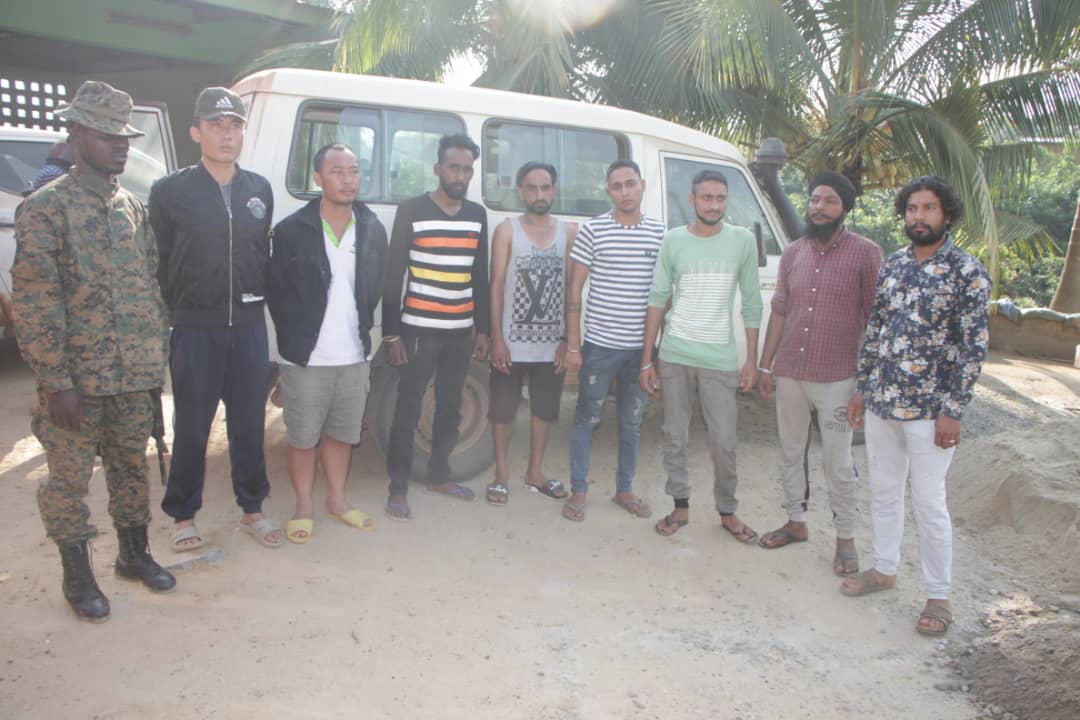 The eight consist of six (6) Indians and two (2) Chinese nationals.

The suspects were picked up at Kutu Krom and Nsuta in the Prestea Huni Valley Municipality.

In July 2021, two Chinese nationals who defied a directive to stop mining in forest reserves and water bodies were arrested at Asankragua in the Western Region of Ghana. 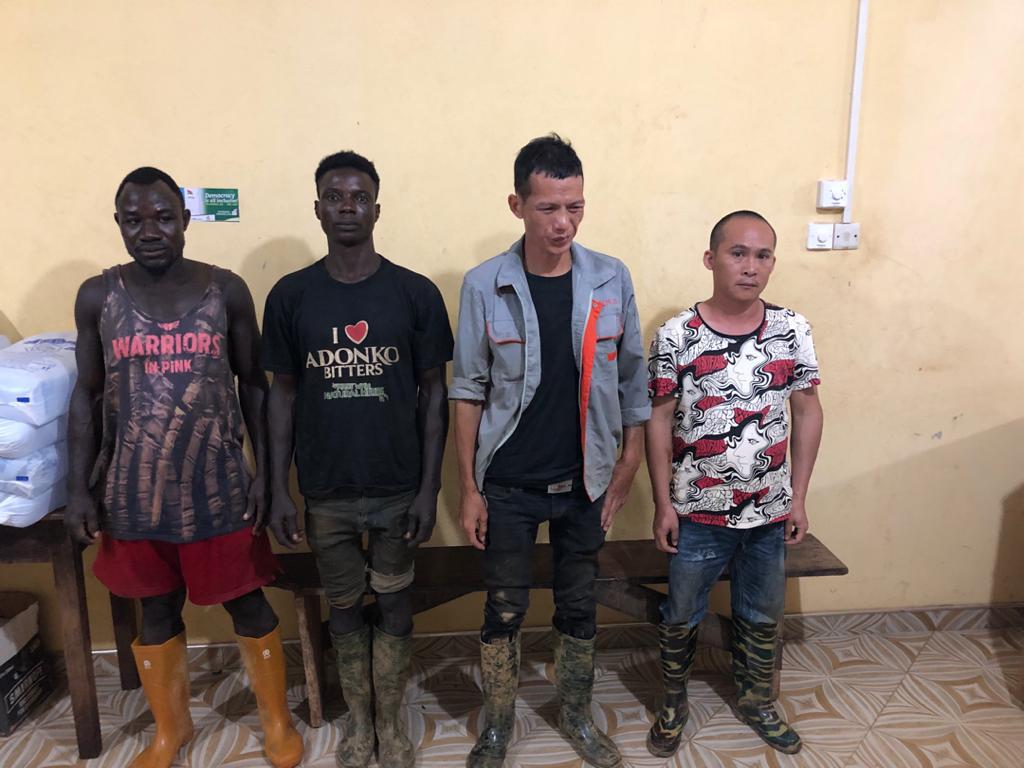 They were arrested on Tuesday, 6 July, together with their Ghanaian collaborators.

They had returned to the forest to mine illegally, disregarding the ministerial and presidential directives urging a freeze on all illegal mining.

On 29 April 2021, two illegal Chinese miners suspected to operate at a site in Patatwumso, were arrested at their rented residence at Ateiku in the Western Region.