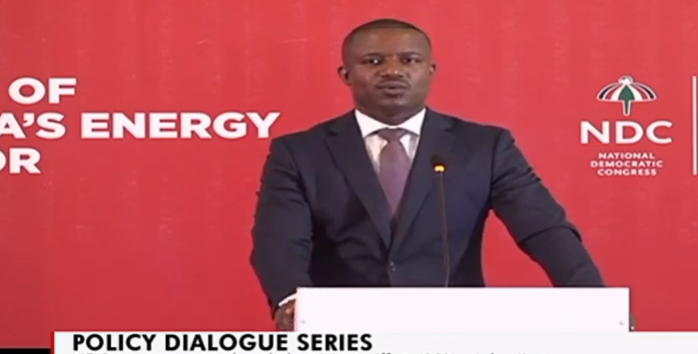 The opposition, National Democratic Congress, has poured cold water on the Akufo-Addo government’s much-vaunted promise to invest $1million in every constituency , describing it is a ruse.

NDC MP for Yapei/Kusawgu in the Savanna Region, John Jinapor, speaking at the party’s Policy Dialogue Series, on Wednesday, said by 2018,  the government had released only $46,000 for each of the 275 constituencies.

“There is one thing making a budgetary provision, and another releasing it,” he said.

Jinapor, who is also the Minority Spokesperson on Energy, said Ghanaians had been put into a “state of deception under the Akufo-Addo government”.

He also pointed to the government’s promises to tackle poverty within the Zongo communities as one other example of this “deception.”

“If you drive to the Zongos today, you won’t see anything different,” he said in expressed disappointment.

Mr. Jinapor said despite setting up the Zongo Development Fund, to improve social services in deprived communities there, no monies were spent on projects in the Zongos in 2017 and 2018.

Only seven million cedis was spent in 2019, he said, indicating that “most of the money spent without doing the actual work”

“I have done the analysis, the tracking,” he said.

John Jinapor ridiculed the Zongo Development Minister, Mustapha Hamid, for making a big deal out of small projects like toilets.

“Hamid is all over the place inspecting one toilet,” he said to a burst of laughter from the crowd.

Moving to the government’s industrialisation plan dubbed ‘One district, one factory”, the former Deputy Energy Minister challenged the Akufo-Addo government to name at least 10 factories built so far.

He explained that repainting or rebranding of existing factories does not qualify as an achievement of the ‘one district, one factory’ promise.

In comparison, he said under Mahama government, cement, mango and cashew processing factories were built from scratch.