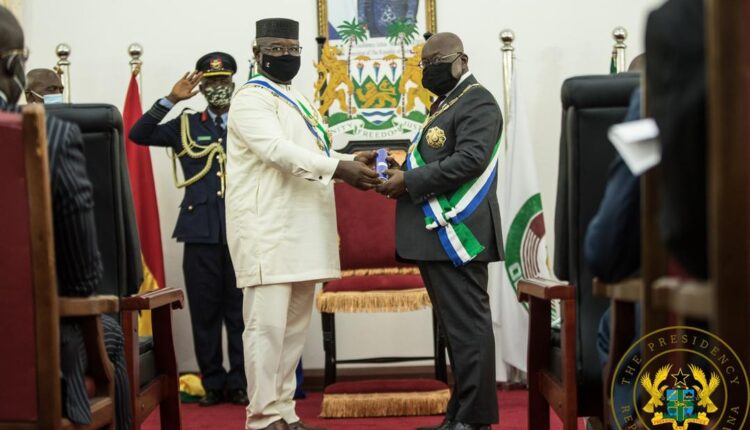 President Akufo-Addo has been honoured with Sierra Leone’s highest national award, ‘Grand Commander of the Republic of Sierra Leone.

He was decorated with the highest Sierra Leonean award during the country’s 60th Independence Day Celebration. 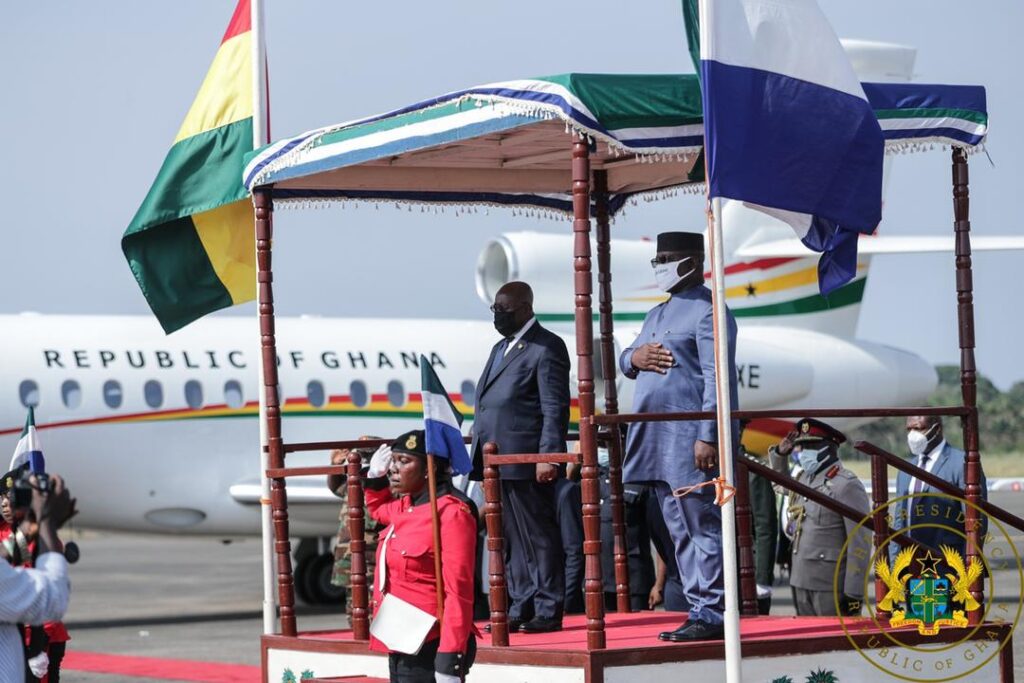 Conferring the  award on him, Sierra Leonean president, Julius Maada Bio, noted that the award of the honour is in recognition of President Akufo-Addo’s selfless contribution to “deepening democracy and the rule of law in Ghana, and heightening and providing leadership for regional integration and co-operation in Africa.”

The Honour is also in recognition of President Akufo-Addo’s “outstanding career of public service”, citing several landmark constitutional cases he undertook which has protected the independence of the judiciary and guaranteed the rights of Ghanaian citizens. 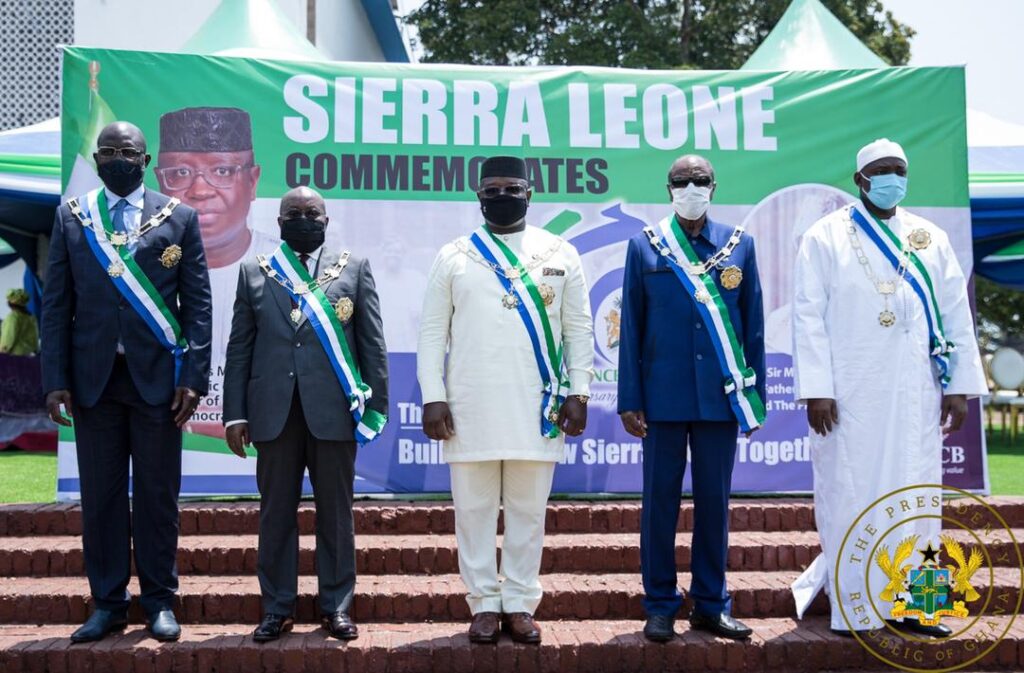 “A bold advocate of multiparty democracy, he challenged despotism and has since worked to deepen democratic culture and practice in Ghana. His vision of ‘Ghana Beyond Aid’ is predicated on the notion that with a structured economy, investments in education and infrastructure, African economies can gradually, but confidently, relinquish the era of aid reliance,” part of the citation said.

In his remarks, President Akufo-Addo congratulated the government and people of Sierra Leone on the 60th-anniversary celebration. 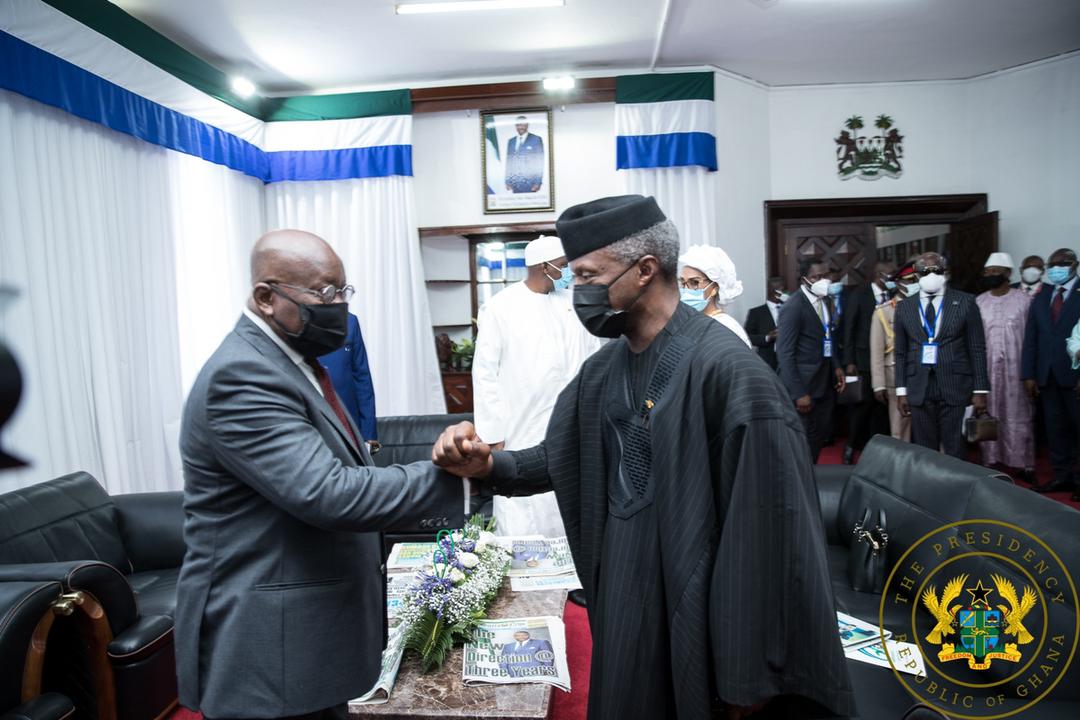 “If there is any country in West Africa that has shown resilience and the will to persevere, in the face of numerous challenges and obstacles, there is no better example than Sierra Leone, and this is worthy of commendation.”