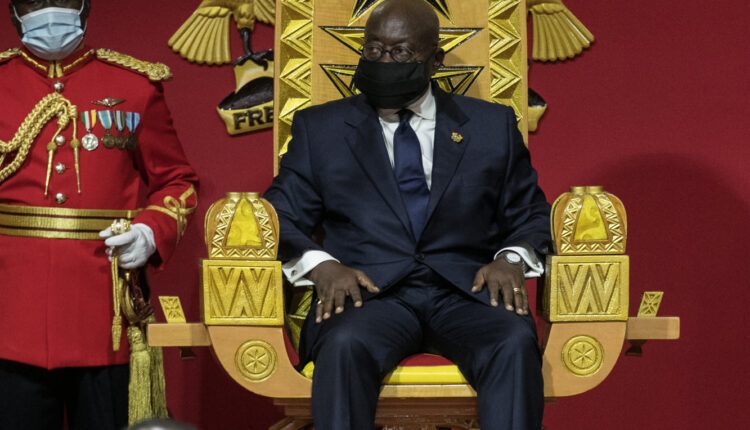 President Nana Addo Dankwa Akufo-Addo has trimmed down the number of ministries in his second administration from 36 to 29.

Consequently, the number of ministers, deputy ministers and regional ministers to be appointed will not exceed 85.

The list of qualified Ghanaians who will serve as ministers and deputy ministers in President Akufo-Addo’s second term will be released this week as soon as Parliament constitutes its Appointments Committee.

The Director of Communications at the Presidency, Mr Eugene Arhin, told the Daily Graphic in Accra Tuesday [Jan 19, 2021] that the list, which would be printed on green sheets in the form of a statement, would contain a mixture of both old and new ministers, but the number would certainly not go beyond 85, as against the 126 in the first term.

Mr Arhin indicated that the list would exclude former Members of Parliament (MPs) who were appointed ministers or deputy ministers but who could not secure re-election in the 2020 parliamentary elections.

He said those people had automatically lost the opportunity to be appointed again to any ministerial position.

This means that over 40 ministers and deputy ministers in the first Akufo-Addo administration who lost their parliamentary seats will not find themselves in the new government.

Mr Arhin said since President Akufo-Addo was sworn in for a second term, he had taken a number of significant decisions with regard to appointments.

The President will communicate the list of his ministers to the eighth Parliament for vetting by the Appointments Committee and approval by the plenary.

This is expected to end the rumours, speculations, conjectures and intense lobbying, as well as the work of some spin doctors who have inundated the media space, both traditional and new media, with all kinds of names.

The 1992 Constitution requires that the President appoints not less than half of his ministers from Parliament.

With an almost split House, increasing the number of ministries will require appointing more hands from Parliament, which can also derail the promotion of government business in the House.

“The ministers and deputy ministers to be appointed will be a blend of new and old members of the President’s last government. They will be national in character and the ministries will reinforce his focus for the second term — accelerate job and wealth creation, strengthen the private sector and see to the rapid development of the country,” Mr Arhin indicated.