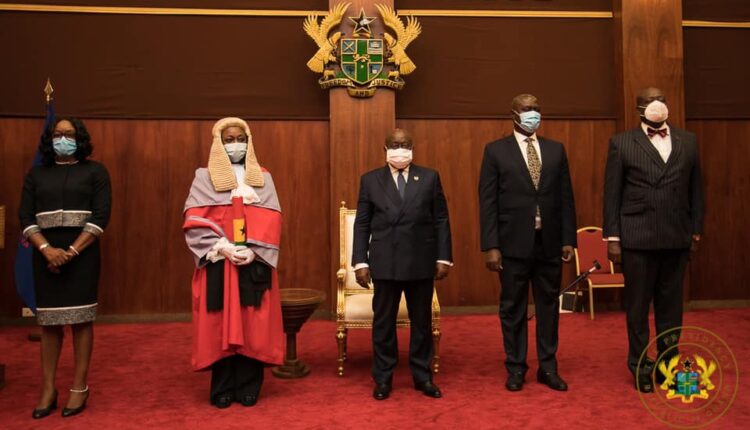 The President of the Republic, Nana Addo Dankwa Akufo-Addo, on Friday, 7th August 2020, swore into office six (6) Justices of the Court of Appeal, at a ceremony at Jubilee House, the seat of the nation’s presidency. 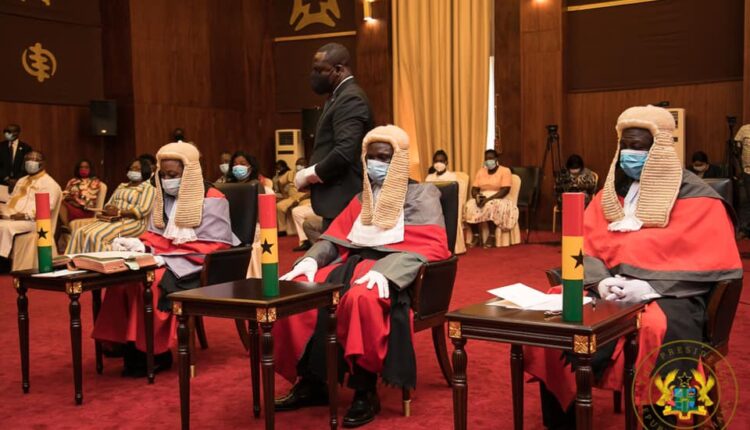 At the ceremony, President Akufo-Addo stated that the new Justices are eminently fit and qualified for the position of Justice of the Court of Appeal, and have the impartiality of mind and independence of spirit to hold this high office.

With the Constitution affirming final judicial power in the State, the President explained that the Judiciary has exclusive jurisdiction in all matters of the breach of the law, civil and criminal, including matters relating to the interpretation and enforcement of the Constitution.

President Akufo-Addo continued, “So, to our new Justices of the Court of Appeal, it is important to bear in mind that the growth of our nation demands that we have a Judiciary that commands the respect of the people by the quality of its delivery of justice, as well as by the comportment of its judges. It is vitally important that we have judges who are honest, possess integrity and sound knowledge of the law.” 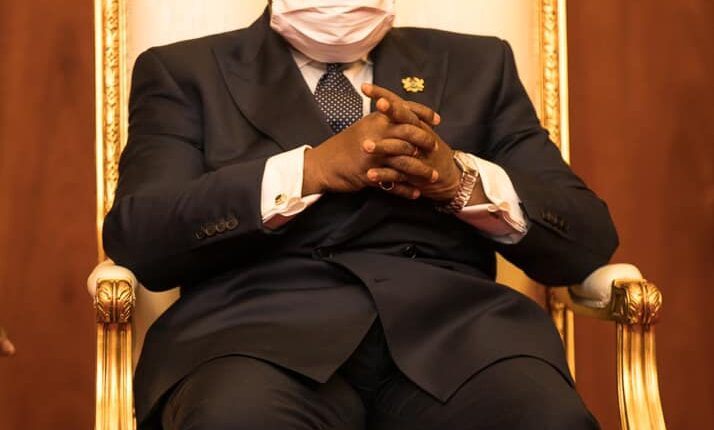 The situation, where judges proffer judgments on the basis of decisions from lower courts and cite them as law, according to the President, is not acceptable, and even less so when judges cite no authority at all for their rulings and give orders without reasons.

“You must be learned, know your case law and ensure your decisions and judgments are properly motivated in accordance with the principle of stare decisis, the doctrine of precedent, which has been the bedrock for the evolution of the common law,” he stressed.

The President also stated that Government, since his assumption of office, has introduced a number of policy measures to help bridge the technology-gap, insisting that harnessing the power of technology to advance the rule of law is critical in the modern era, “if we are to maintain the confidence of the Ghanaian people, and shore up our nation’s reputation as a country governed in accordance with the rule of law.”

The transparent and efficient delivery of justice, he explained, builds confidence in citizens, businesses, and the investor community.

“So, to you, newly sworn-in Justices, you should so conduct yourselves that, even though our judicial system comports a two-tier appellate system, the great majority of appeals terminate at the Court of Appeal. The apex court, the Supreme Court, the Court of last resort, should be seized of its appellate jurisdiction rarely if the Court of Appeal does its work satisfactorily,” he added.

With the newly appointed Justices of Appeal taking high judicial office in the midst of the coronavirus pandemic, President Akufo-Addo noted that it has become evident that the institutions of the state – Executive, Legislature, Judiciary – must provide the requisite leadership to steer the population through the crisis.

“I applaud the statesmanlike efforts of Speaker Oquaye and Chief Justice Anin Yeboah for ensuring that their respective arms of government, Parliament and the Courts, continue to function vigorously with due respect to the COVID-19 protocols. It is a reassuring development for the Ghanaian people. But we must, nevertheless, the pandemic notwithstanding, not overlook the age-old adage that ‘Justice Delayed Is Justice Denied’”, he added