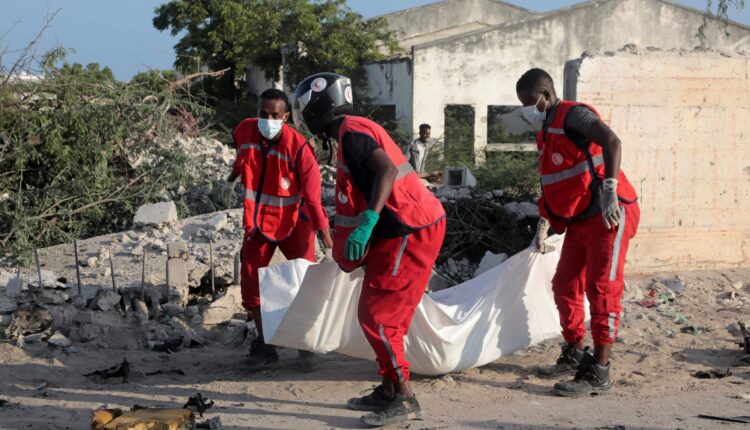 A prominent Somali journalist who was a critic of the al-Shabab armed group was killed by a suicide bomber as he was leaving a restaurant in the capital, Mogadishu, relatives and officials said.

Al-Shabab claimed responsibility for the blast, which killed Radio Mogadishu director Abdiaziz Mohamud Guled, commonly known as Abdiaziz Afrika. The attack wounded several other people, including the director of Somali National Television and a driver.

“My cousin Abdiaziz was killed by a suicide bomber immediately after he went out to a restaurant … He died as he was rushed to hospital,” his cousin, Abdullahi Nur, told Reuters news agency.

“He always shone a big light on al-Shabab, may God rest his soul,” Abdullahi added.

Government official Ismael Mukhtar Omar, an ex-colleague of Abdiaziz, told AFP news agency that police had confirmed that the blast had been caused by a suicide bomber.

“He came out of the restaurant and went into his car with a colleague after they had dinner and the suicide bomber ran onto the car window and detonated himself,” said another colleague Ali Mohamed.

Al-Shabab, which is waging a violent armed campaign against the country’s fragile government and often targets political, security or civilian targets, claimed responsiblity for the attack.

“The mujahideen had been hunting Abdiaziz for a long time. He committed crimes against Islam, he was involved in the killing of mujahideens,” Abdiasis Abu Musab, al-Shabab military operation spokesperson, told Reuters by phone.

Abdiaziz was well known for his interviews with al-Shabab suspects detained by the Somali security forces and his programmes attracted large audiences inside and outside the country.