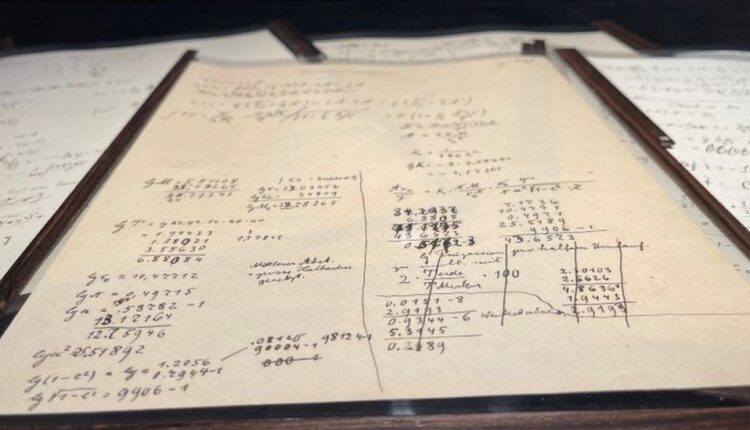 A manuscript with calculations made by Albert Einstein as he attempted to formulate his theory of relativity has sold at auction for €11m (£9.7m, $13m)

The sale at Christie’s auction house in Paris broke the record for an autographed scientific document.

It is one of just two papers that show the theoretical physicist’s workings on his great scientific breakthrough.

The theory, published in 1915, transformed humankind’s understanding of space, time and gravity.

The manuscript of calculations was penned between 1913 and 1914 by Einstein and his Swiss colleague Michele Besso, who kept hold of the document.

Christie’s auction house praised Besso for his forward thinking in saving the manuscript.

“Einstein is someone who kept very few notes, so the mere fact the manuscript survived and made its way to us already makes it extraordinary,” Vincent Belloy, an expert at the auction house said.

The papers contain calculations in black pen and according to Mr Belloy, show a number of errors in the journey to formulate the theory.

Christie’s said the sale had “attracted collectors from all around the world who recognised the importance of the document”.

However the buyer of the 54-page paper has not been revealed.

Einstein’s theory of relativity shed light on the birth of the universe, planetary orbits and black holes.