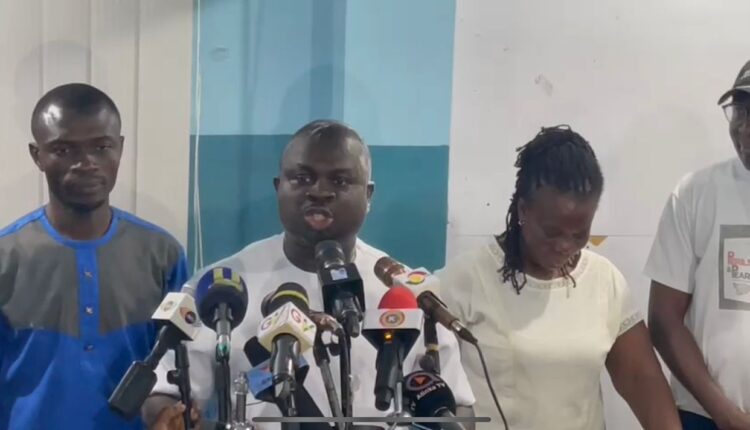 Albert Kwabena Dwumfour has been elected as the new President of the Ghana Journalists Association (GJA).

Dwumfour, the Head of Corporate Affairs at the Tobinco Group and incumbent National Organising Secretary hotly contested the position of President and beat the Editor of the Ghanaian Times and former General Secretary of the GJA, Dave Agbenu and journalist and communication consultant, Gayheart Mensah.

There were a total of 556 valid votes cast with three rejected votes.

For the General Secretary position, Kofi Yeboah retained the position by beating new entrant, Akwasi Agyemang of Adom FM with 348 votes against 208 votes.

New entrant Dominic Hlordzi of GTV beat Mary Mensah, long-time crime reporter and current Foreign and Supplements Editor of the Daily Graphic in the Organising Secretary race by obtaining 300 votes against that of Mary Mensah’s 255 votes.

Mary Mensah wanted to switch offices as Public Affairs Officer of the GJA which she had held for two terms.

The position of Public Affairs Officer had two new entrants Rebecca Ekpe from the GBC stock and Caesar Abagali of the Ghana News Agency in the Wa office.

Linda Asante Agyei and Audrey Dekalu both from the GNA contested the Vice President and Treasurer positions respectively unopposed.

They are both incumbents in their respective positions and going to serve their second terms.

Over 800 members of the Ghana Journalists Association in good standing were expected to cast their ballots on Friday to elect new national and regional executives for the association but a total of 559 turned up to vote.