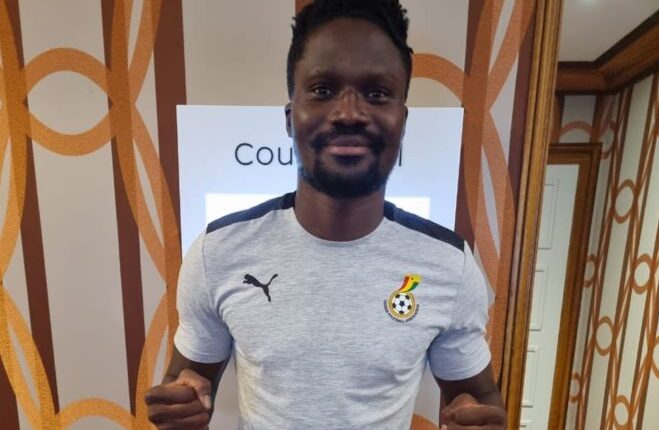 Amartey and Salisu arrive in Ghana camp for Brazil friendly

The England-based duo of Daniel Amartey and Mohammed Salisu have arrived in Ghana’s camp in France as the team continues to prepare for Friday’s game against Brazil.

The arrival of the two means a full house after the Ghana Football Association announced on Monday that four players were yet to report to camp.

Richard Ofori and Felix Afena-Gyan, who arrived earlier on Tuesday, were among the four.

“Daniel Amartey and Salisu Mohammed have teamed up with the rest of the squad in Deauville- France for the International friendly against Brazil on Friday.

“The duo touched down in Paris around 16:00Hrs and were quickly taken to the team Hotel in Deauville. Their arrival means Coach Otto Addo is spoilt for choice in Central defence as Ghana builds up to the two games against Brazil and Nicaragua. Daniel and Salisu are expected to train with their teammates on Wednesday in Deauville,” said GFA.

As it stands, 28 players are in camp and available for the match against five-time world champions in Le Havre on Friday.

The team will after the game on Friday move to Spain for another friendly against Nicaragua.

Both games will serve as preparation for the upcoming 2022 World Cup in Qatar.

The Black Stars were drawn into a tough group with Portugal, Uruguay and South Korea.