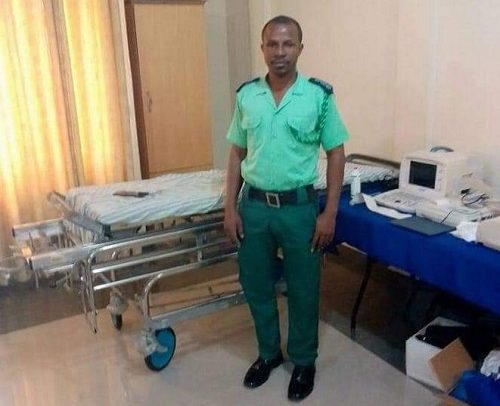 Unconfirmed report coming indicates that the Head of Ambulance Service at Adansi South, a certain Famous has committed suicide by hanging.

According to information gathered by DGN Online, he took his life after he was jilted by a woman who he had allegedly invested with intention of marrying her but could not materialised.

Per information shared on social media,, the public service worker left a note that read, he has spent on a lady he wants to marry but the mother of the lady is preventing him from marrying her hence his decision to commit suicide.