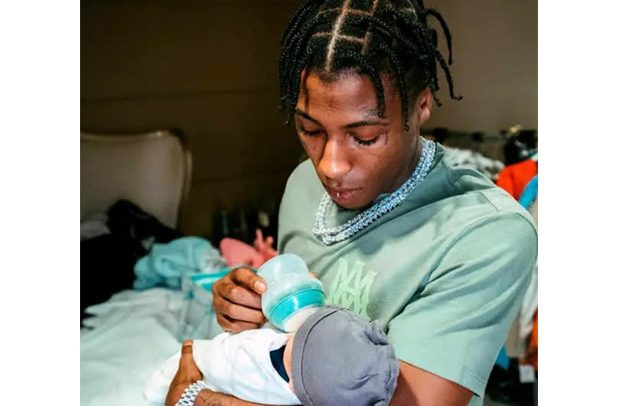 YoungBoy on Wednesday announced the birth of a baby boy whose mother is the rapper’s fiancée Jazlyn Mychelle.

The 22-year-old posted a photo of him feeding their newborn son on his YouTube channel.

“We got left today for a little but it’s cool,” he captioned the special moment.

The rapper proposed to his fiancée who is a YouTuber and social media personality earlier this year, getting her a 30-carat diamond-encrusted ring in February.

The couple welcomed their first child together, a daughter, last year.

YoungBoy reportedly has eight other children with seven different women, including five sons and three daughters.