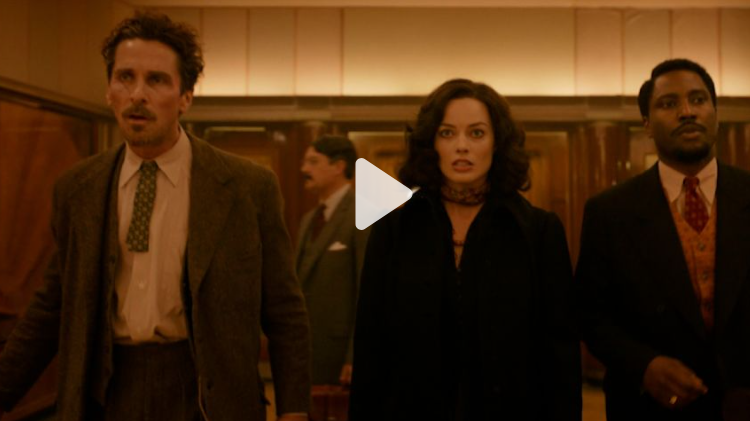 “Amsterdam” certainly doesn’t suffer from a lack of ambition, and the star-studded cast merely adds to that sense of grandeur.

Yet writer-director David O. Russell has assembled them in the service of a disjointed story and a movie that’s too precious for its own good, wrapping his mix of fact and fantasy in a fable that, with its warnings about fascism, simultaneously seeks to feel urgent in the here and now.

Russell’s resume, which includes “American Hustle” and “Silver Linings Playbook” explains the gaudy lineup of talent at his disposal, among them Taylor Swift in what amounts to a cameo. If the singer is committed to pursue acting she certainly keeps surrounding herself with the best, and this time she didn’t have to wear a cat suit.

Featuring shifting narrators, starting in the middle and flashing back to the past, Russell has actually crafted what at its core is a fundamentally simple story designed to push an overt message, before bogging it down in quirky supporting characters and unnecessary detours.

Burt (Christian Bale), a part-Jewish Park Avenue doctor whose in-laws disapprove of him, and Harold (John David Washington) bonded while serving together during World War I, where they met up with a free-spirited nurse, Valerie (Margot Robbie)  who fell for Harold, forging a seemingly inseparable trio. Recovering from their war injuries, they took refuge in Amsterdam, a place where the world’s concerns – including those involving race – appeared to shrink away.

More than a decade later, Valerie is out of the picture when Burt and Harold are tasked by a mysterious woman (Swift) with investigating the murder of her father, a general under whom they served during the war. When the two become suspects in another murder, they segue into the plight of the classic reluctant Hitchcockian hero on the lam, trying to figure out what happened if only to save themselves.

Yet the more those appearances pile up, the more “Amsterdam” feels like an underdeveloped idea, killing time – and indulging in too many directorial whims – before zeroing in on the rising threat of that moment in the 1930s and how that might have implications for the world 90 years later.

As heavy-handed as it might be, Russell’s point is interesting once he finally gets there, but by then, the movie has seemingly exhausted most of its goodwill. Playing it straight – or at least straighter – might have helped, but as is, it’s almost impossible to know.

“This is so strange,” Burt mutters at one point, which turns out to be an inadvertent commentary on the film itself.

“Amsterdam” possesses nifty throwback qualities in its femme fatales and post-war romance, but it hardly falls into the category of “the way they used to make ‘em.” Instead, it’s an example of the kind of vanity project that major studios are squeamish about bankrolling these days, and when they do, seldom release in theaters – in this case, given the film’s prospects beyond whatever curiosity greets it, probably for good reason.