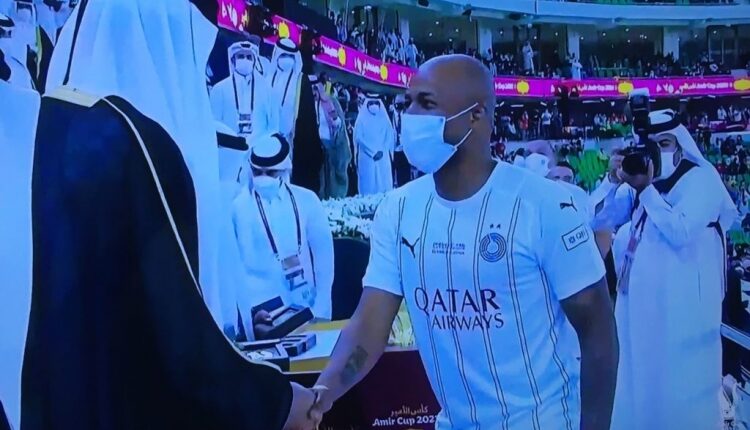 The Wolfs have emerged champions of this year’s Emir Cup after humbling Al Rayyan SC by 5-4 on penalties in the final at the Al Thumama Stadium after a 1-1 stalemate in regulation time.

Algerian international Yacine Brahimi broke the deadlock of the game from the spot just on the stroke of halftime for Al Rayyan but also from the spot on the 58th minute, Spanish veteran Santi Carzola converted neatly to level things up.

Andre Ayew started the game and was outstanding throughout until head coach Xavi Hernandez substituted him from the encounter with just ten minutes to full time.

The ex- Marseille attacker has been outstanding since moving to the Gulf country scoring five goals so far which happened consecutively but the streak had to be shuttered today after failing to find the back of the net.