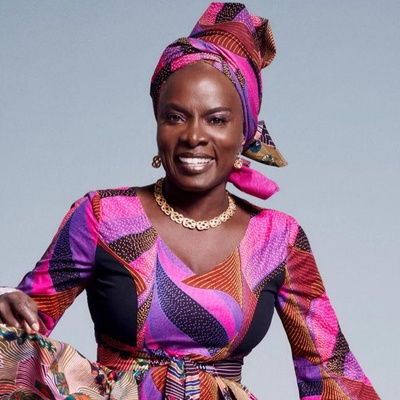 The awards are slated for November 7 and 8, 2021, and would mark the centenary of the passage and resilience of Nana Yaa Asantewaa, the influential warrior and Queen mother of Ejisu, who rose to lead an Asante army against the British.

Speaking at a media briefing on Monday at Kempinski hotel in Accra, Chief Executive Officer, (CEO) of GUBA, Ms. Dentaa Amoateng said, the celebrated African musician who hails from Benin would be honored on the day.

She noted that the ceremony would be attended by prominent people of various backgrounds including former President of Liberia, Mrs. Ellen Johnson Sirleaf, the seventh Director-General of the World Trade Organisation, Ngozi Okonjo-Iweala, market women among many others.

Dentaa Amonteng further noted that Nana Yaa Asantewaa’s bravery, immensely contributed to the country’s independence story, because it shaped the psyche of the nation, that they could stand up for the country regardless of the opposition.

She said, for this reason, there was the need to throw more spotlight on her and celebrate the amazing performance of women and empower young ladies to strive to the top.

According to her the two-day event would first be a durbar at Manhyia palace in Kumasi on November 7 and followed by the rest of the Awards the next day at the Grand Arena, Accra International Conference Centre.

Prince Anthony Bart, a member of the team said it would help instill the spirit of patriotism in the youth, “we need to learn about the history of leaders who have contributed to our struggle.”