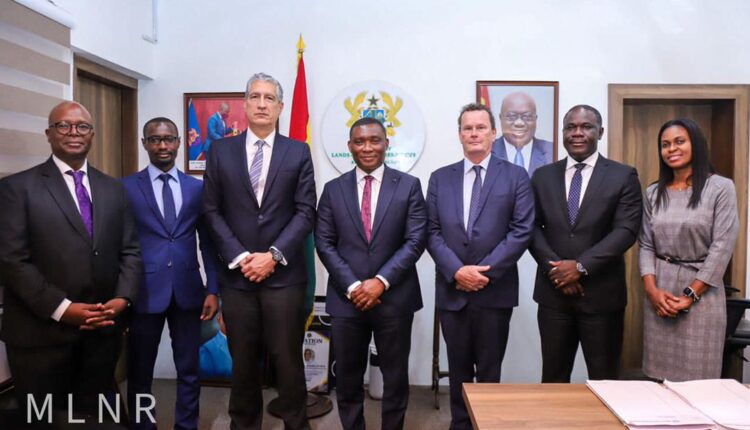 AngloGold made over one billion dollars investments in Ghana

Mr Alberto Calderon, the Global Chief Executive Officer of AngloGold Ashanti Ltd, Wednesday said the company had invested more than one billion dollars in Ghana over the past few years.

He said 86 per cent of the investments were retained with registered partner Ghanaian companies, while 98 per cent of its 4,000 employees were Ghanaians.

President Nana Addo Dankwa Akufo-Addo, in 2019, re-opened AngloGold’s Obuasi Mine with an initial investment of US$881 million after its shutdown in 2014.

The revamping of the Obuasi Mine has created employment for the indigenes and boosted the local economy.
Mr Calderon announced this when he paid a courtesy call on Mr George Mireku Duker, a Deputy Minister of Lands and Natural Resources in charge of Mines, in Accra, ahead of his meeting with President Akufo-Addo at the Jubilee House.
He said the Mine would continue to invest in its shareholders and local communities hosting its operations to make a difference in the lives of the people.

“We invest in many countries in the world, from Australia, Americas to Africa and I’ve been to many places, and I can say with certainty that the country that welcomes us the most and gives us support is Ghana,” Mr Calderon stated.
Mr Duker, on his part, gave the assurance that the Government would continue to create an enabling environment for the large-scale mining companies to thrive and ensure a win-win situation.

He said government’s dealing with the large-scale mining companies would be anchored on transparency and accountability by providing the necessary information to them.

He said AngloGold Ghana remained an integral part of the government’s mining drive and would continue to support it.
“The leadership of your men here are doing so well and they have shown quality and competence in the company’s operations,” Mr Duker said.