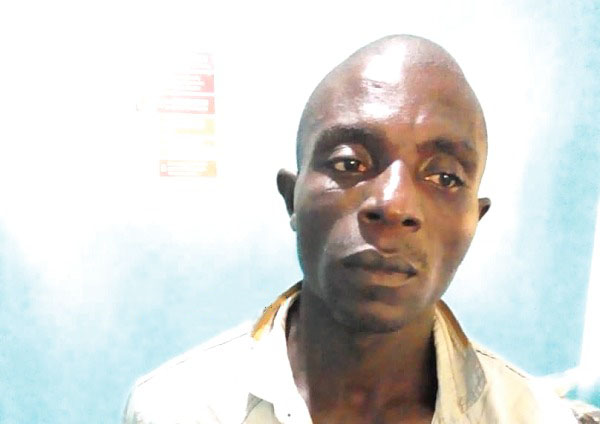 Another man beats wife to death

A thirty-eight-year-old man has been arrested by the Ketu Divisional Police for allegedly brutalizing his wife, Beatrice Logosu, 34, resulting in her death.

The suspect, Gali Galo, was nabbed after he secretly sent the victim’s body for preservation at the mortuary of the Hosanna Clinic at Agbozume.

The police also arrested the mortuary attendant, William Gbeke, 36, for complicity in the crime.

The police say their attention was drawn to the incident after neighbours reported the matter.

Officers at the morgue inspected the body and discovered severe bruises and contusions on the body, with blood oozing from a broken jaw.

Galo is said to have accused his wife of infidelity.

Attempts by the neighbours to intervene yielded no results as Galo threatened to kill anyone who tried to get in his way.

For fear of their lives, the neighbours pulled back.

According to them, Galo kept assaulting his wife deep into the night and they woke up the next morning only to hear that the victim had died.

The neighbours quickly reported the incident to the Denu Police Station and the suspect was traced to the Hosanna Clinic mortuary where he had secretly sent the victim’s body for embalming.

Sgt Dogbatse explained that Gbeke was arrested based on his unethical and unprofessional conduct.

He said: “Gbeke had a duty to inform the police about the bruises, contusion and blood that was oozing from the broken jaw of the deceased, but was compromised into getting the body embalmed.”

Both men remain in custody while investigations continue into the incident.

This is the latest in a series of domestic violence recorded in the country.

A similar incident occurred three weeks ago when a Level 300 student of the Evangelical Presbyterian University College lost her life following an alleged assault on her by her boyfriend, Kumar Philip Caesar, 31, also a student.

A week ago, a  27-year-old man also attempted to commit suicide after allegedly murdering his 25-year-old lover in Ho.

The deceased, Harriet Ahiati, was killed after a fight broke out between her and the suspect, Anthony Dordoye, following allegations of cheating by the latter.

Early this month, a man who was described as a business executive allegedly beat his wife to death in Accra.

The suspect, Prince Charles Dedjoe has been charged with the murder of his wife, Mrs Lilian Dedjoe.

According to the prosecution, the marriage between Dedjoe and Lilian had been on the rocks lately, a situation that led to numerous instances of misunderstanding between them.

The prosecutor, Sergeant Eva Gidiglo, said on March 1, this year, Dedjoe assaulted his wife, which resulted in her sustaining varying degrees of injury, after which she sought treatment at the Madina Polyclinic.

“When Lilian returned home, her condition deteriorated. On March 6, she went into a coma and was rushed to the hospital, but was pronounced dead on arrival,” she said.

The numerous domestic violence cases which have led to the killing of women sparked a huge public outcry.

A section of the public that took to social media to condemn the acts called for justice to be served.

This advice was not any different from that of the PRO of the Volta Regional Police Command, Sgt. Dogbatse.

“We are appealing to the citizenry to speak out when they are in an abusive relationship.”