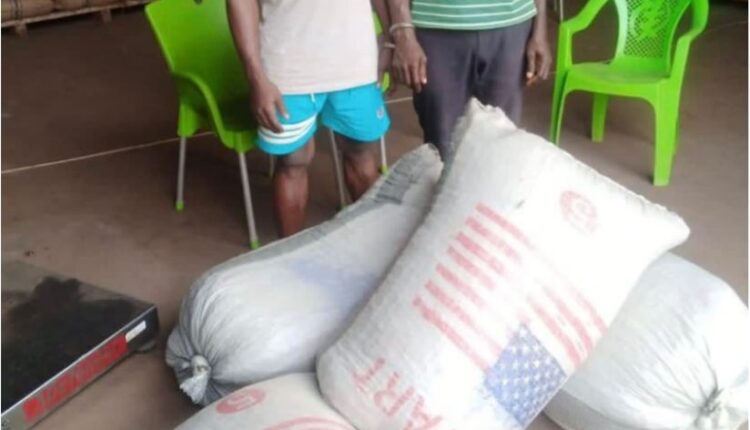 The Anti-Cocoa Smuggling Taskforce, dubbed ‘Operation Enhance Calm Life’ has arrested two suspects Isaac Mensah, 29, and Somevi William, 30, at Wli in the Hohoe Municipality of the Volta Region for attempting to smuggle Cocoa beans into the Republic of Togo.

The taskforce made up of officers and men from the Police, Immigration, and Military managedto arrest the duo with the rest escaping through the bushes.

According to a Police statement signed by Inspector Prince Dogbatse, of the Volta Regional Public Affairs Department, the two suspects were arrested on Thursday, January 6, 2022, close to the Ghana-Togo border as they attempted to smuggle four sacks of cocoa beans.

Suspects are currently in Police custody assisting in investigations and would be arraigned
soon.