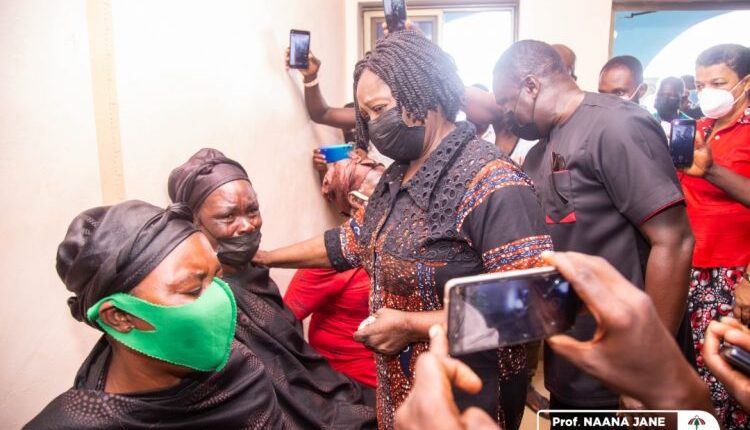 The Presidential Candidate of the National Democratic Congress (NDC) in the 2020 elections has made a cash donation of GHC10,000 to the families of teenagers who drowned at the beach in Apam last Sunday, March 7, 2021.

The donation was made on his behalf by the running mate of the NDC flagbearer Professor Naana Jane Opoku-Agyemang.

She said the donations are to support traditional rituals and the burial service of the young victims of the fatal incident. 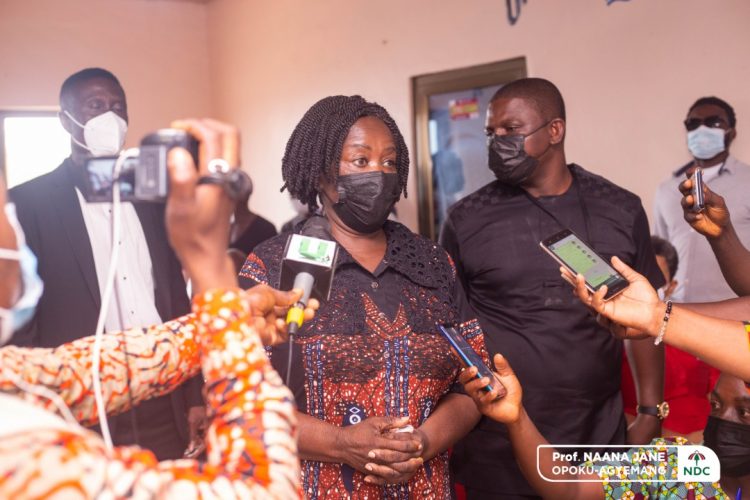 Professor Opoku-Agyemang used the occasion to console the bereaved families and engaged the two survivors and their families.

She also registered her profound gratitude and appreciation to all persons who have risen to the challenge both with rescue efforts and material support.

She particularly thanked the rescue teams, the Fishermen Council, youth of Apam, management and staff of St. Luke Catholic Hospital, and the District Police Command.

Prof. Naana Jane Opoku-Agyemang was accompanied by the Member of Parliament for Gomoa West, Richard Gyan-Mensah and other party leaders. 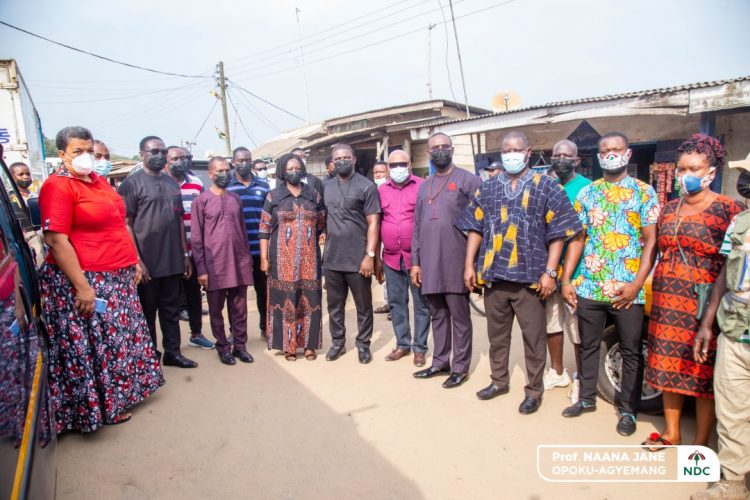 On March 7, 2021, a dozen of children believed to have sneaked to the Apam beach in the Central Region were reported dead.

The unfortunate incident which took the lives of 13 children happened just a day after the country’s 64th independence anniversary celebrations.

The victims included two females ranging between ages 14 and 17 years. The bodies have been deposited at the St. Luke Catholic Hospital morgue.

Numbering over 20, they went to play football at the beach and decided to go and swim afterwards at about 5 pm, but a tidal wave swept them. 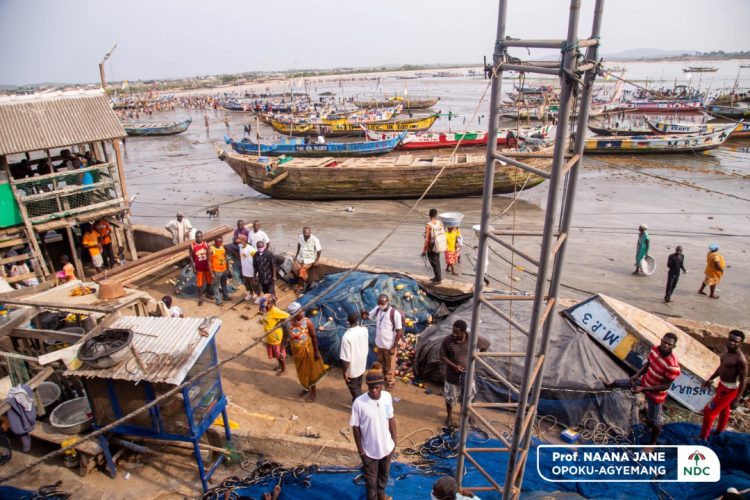 The police said on March 7, 2021, at 8:40 pm, a complainant Kwame Akono accompanied by Justice Mensah, residents of Apam, came to the office and formerly reported that their nephew of 15 years went to the beach but got drowned together with other children.

Police proceeded to the scene together with the District Chief Executive, where a search party was organised, leading to the rescue of the survivors.

The team of police and other searchers are making frantic efforts to locate the other bodies and any other survivors.

Residents have been cautioned to avoid the beach following the COVID-19 outbreak, but the children defied the orders.

During his 20th national address on the COVID-19 pandemic on December 20, 2020, President Akufo-Addo said all beaches are to remain shut to reduce the spread of the virus.

However, there is no strict enforcement making it possible for people to assemble for events.

The yearly ritual of drownings

Every year there are reports of countless lives lost to drowning after revellers flock to beaches along coastal areas, especially on holidays such as Christmas, Easter, Independence Day and Republic Day.

At the Cape Coast Teaching Hospital, the biggest referral hospital in the Central Region, the leading cause of injury deaths were road traffic injuries (42.9%) and drowning (30%), according to research spearheaded by a Senior lecturer of surgery at the University of Cape Coast Dr Martin T. Morna.

In the Greater Accra Region, the Ghana Police Hospital have issued cautions to the public in the past to be safety conscious after receiving bodies of people who got drowned at beaches close to the health facility.

The Pathology Department of the hospital recorded 68 persons drowning in 2017, with eight being females.

A total of 48 drowning cases had been recorded, 10 of them being females as of November 2018.