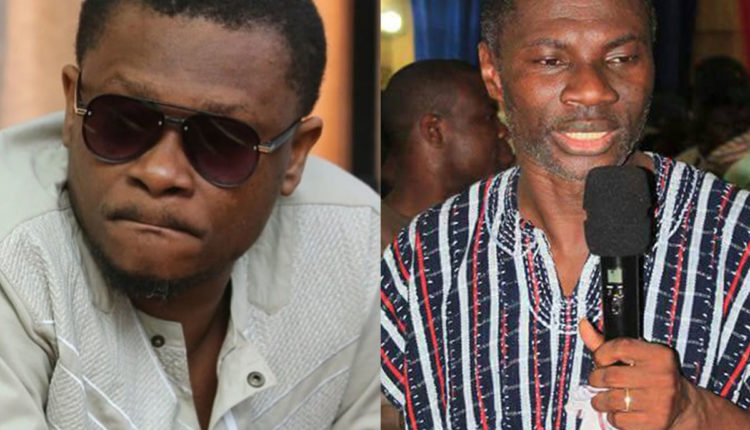 Appietus, a few days ago went bonkers on Okay FM’s ‘Best Entertainment Show’ over the prophet’s comment that Asante women are greedy and that any man that marries them invites trouble for themselves.

“He’s insulted the Ashanti Queen. I’m an Ashanti and I know he’s a fool and stupid,” Appietus said on the show.

But responding to all those who had criticized him for his stereotypical comments on the Asante women and women from other tribes, Badu Kobi threw a shade at the music producer.

“…and you get a music producer whose musical works have been expired, go on air, speak as if he knows you.”

Unfazed by the insults, Badu Kobi also said in his sermon that the Bible says there are times one needs to destroy to build so his sermon on the Asante women was to correct defects in the society.

Prophet Badu Kobi, for the past few days, has come under serious criticism for his comment which some have described as divisive and unbecoming of a man of God.

“If you marry Ashanti lady, you have imported problem to yourself forever. I have done research and it is so,” he claimed. “Ashanti ladies are ungrateful to their husband and I have to say it. They have a proverb translated as ‘Ashantis don’t remember’ and if you marry them and go broke, you will see how they will roast you,” he had said in the sermon.

Apart from Appietus, celebrities like Samini, Okyeame Kwame have spoken against his statement.

Appietus is a venerated music producer who has produced works for artists such as Sarkodie, Ofori Amponsah, 5Five, Praye, Kwabena Kwabena and Rex Omar.