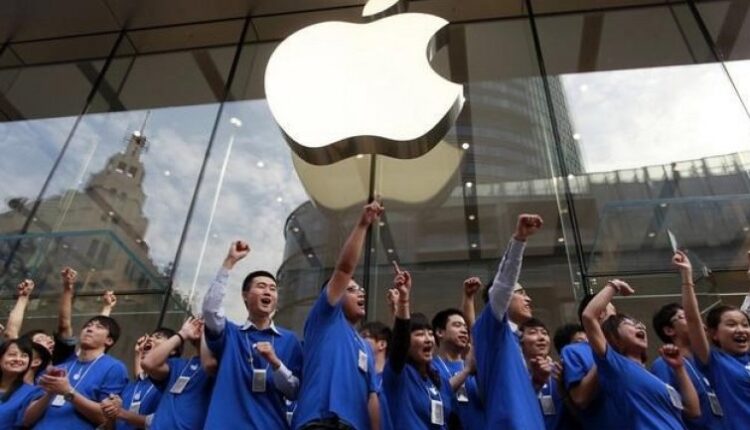 Apple, which has 80,000 workers spread across all 50 states, affirmed its employees’ right to discuss pay and working conditions, according to an internal memo distributed by the tech company.

The memo, first reported by NBC news on Saturday, informs employees that they can discuss wages and concerns outside of the company.

Apple workers have been pushing since Aug. 24 for changes to workplace conditions at the company. Employees even launched a website and Twitter page called Apple Too, where they have published allegations of workplace harassment and discrimination.

Workers have also protested that they are unable to complain about conditions through internal units like HR. But the Saturday memo seems to address their concerns.

“Our policies do not restrict employees from speaking freely about their wages, hours, or working conditions,” the memo reads, according to NBC. “We encourage any employee with concerns to raise them in the way they feel most comfortable, internally or externally, including through their manager, any Apple manager, People Support, People Business Partner, or Business Conduct.”

Apple is facing several lawsuits from former employees. Janneke Parish, a former Apple employee and product manager who helped start the Apple Too movement, filed a charge with the National Labor Relations Board on Nov. 2, alleging she was fired for her activism in promoting better workplace conditions, mostly for retail employees.

The internal conflict at Apple is part of a broader push for better working conditions among laborers nationwide during the coronavirus pandemic, from workers at John Deere renegotiating contracts to Amazon employees attempting to unionize for the first time.