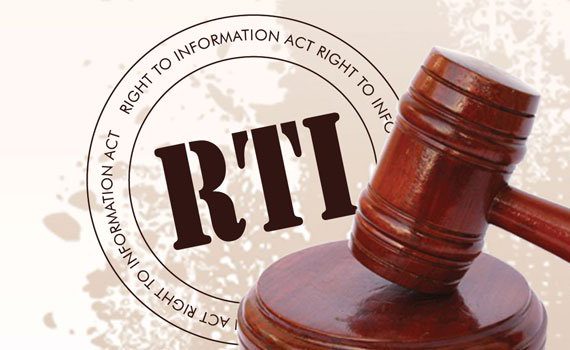 Right to information laws play a quintessential role in democratic states, including our dear nation. The exercise of this right fosters accountable governance, enhances democratic governance and contributes significantly towards the sustainable development of nations.

The implementation of the RTI Act has taken off, with some remarkable achievements. The RTI Commission has given strong indications of interesting days ahead.

The Judiciary has been called into action in the case of Media Foundation for West Africa (MFWA) vs National Communications Authority (NCA) (Unreported June 17, 2021).

The right to information is grounded on the principle that the people are owners of institutions established and financed with public funds.

Ghana follows the above democratic norm by conferring a right on every citizen to acquire information held by our public institutions. This right is contained in Article 21(1) (f) of the 1992 Constitution, which states: “All persons shall have the right to information, subject to such qualifications and laws as are necessary for a democratic society.” The RTI Act has been enacted to give effect to this important right.

The RTI Act was enacted in 2019, but its operation was deferred to commence on January 1, 2020. The first year of the law has witnessed some significant achievements. The Annual Report on the RTI Act reflects same as follows:

“A total of 539 public institutions have been captured in the ministry’s database for the implementation of the RTI Act. By end of December 2020, a total of 478 Information Units had been set up in 539 institutions.

“Again, a total of 1,055 officers of the Public Services have been engaged to assist in the implementation of the RTI Act.”

Another development worth noting is the colossal cut of the fee charged by the Minerals Commission for the production of information requested by The Fourth Estate. The commission cut off the fees from a whopping GH¢6,000 to GH¢1.90. In delivering the ruling, the commission poignantly stated that “the respondent cannot put a fee or charge of Ghana Cedi equivalent of US$1,000 on the applicant for a request for statistical data or information when such a fee or charge has no legal basis”.

Does reason for application matter?

It is, however, worthy to note that the law does not require a citizen to state the reason for an application, let alone to demonstrate that the information is required in the public interest.

Based on this, we disagree with some aspects of the judgement in the case of Media Foundation for West Africa (MFWA) vs National Communications Authority (NCA) (Unreported June 17, 2021). In this case, the court rejected MFWA’s request which requested the NCA to give explanation for deleting certain aspects of its report on the ground that the request would serve MFWA’s interest and not the public interest. We disagree with this part of the judgement because the RTI Act provides no such requirement.

Right to information is a constitutionally guaranteed right and an applicant is not required to give a reason for his application under the act.

The qualifications allowed by the Constitution have been sufficiently set out in the RTI and no further qualifications or exemptions should be permitted.
We, however, commend stakeholders for the notable achievements.

The writers are a legal practitioner, author; and a legal researcher respectively.