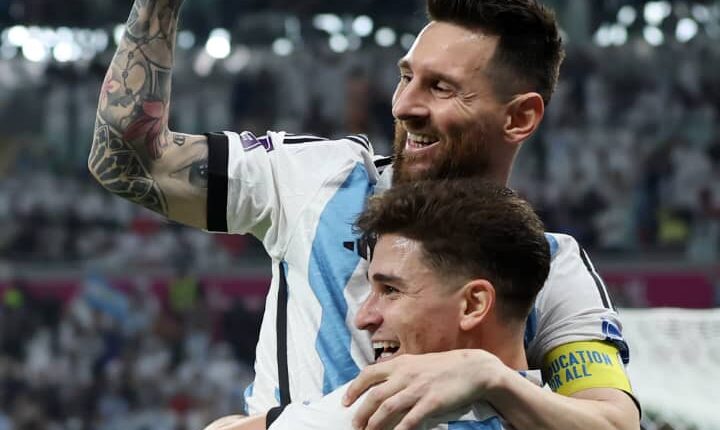 Soccer Powerhouse Argentina used Australia to make a bold statement in the Qatar 2022 World Cup, scoring all the goals in their cagey game with one own goal cushioning for the Aussies. The cautious approach to the game by Australia was mindless to the well lubricated Argentines whose talisman Lionel Messi gave off his best.

Two mismatches characterized this match. The tall, burly physique of the Australians as against the short to average height of the Argentines. Yet, the skill of the Albececaos would prove superior and ultimately define the direction of the match.

In the 35th minute, Messi did the needful spectacularly with a measured grounder that escaped the aerial ball jogglers of Australia. The stealthy strike tore through the heavily policed goal area of Australia and zoomed in the net. That magical touch perforated Australia whose composition up to this stage looked impervious or impregnable.

A defensive error by Australia in the 57th minute was quickly pounced upon by Julian Alvarez for Argentina’s second. The reaction to that little chance was a lightening speed and through this act proving the team’s sharp marksmanship.

This was one of the delightful games ever to be advertised by Argentina as Messi had a good day to spin around. Against the run of play, Australia pulled a goal back through an own goal by Argentina. A shot at goal well anticipated by goalkeeper Emiliano was deflected to the other side and into the net.

It might have infuriated the dangerous attacking line of Argentina who then soared with greater quality and kept the pressure on their opponents amidst near misses.

Again, it was the quieter Australian team that nearly gave a sensational finish to the match. Its player called Garang furthered a through pass to the right with a shot, which was heroically saved by Emiliano. A minute later the referee blew his whistle to end proceedings. What a tight match it was, Argentina cruises to quarter finals.