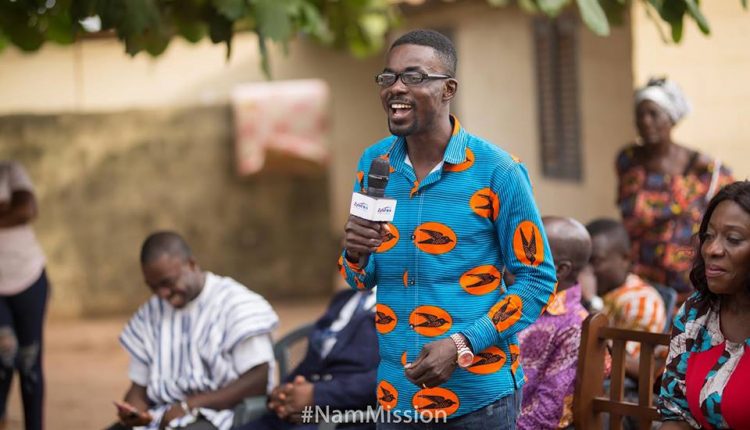 Arrest of NAM 1: Ghana police in touch with Dubai authorities

The Ghana Police Service says it is in touch with authorities in Dubai over the arrest of the Chief Executive Officer of troubled gold dealership company, Menzgold Ghana Limited, Nana Appiah Mensah.

A statement issued on Monday and signed by the Director General of the Police Public Affairs, Assistant Commissioner of Police (ACP) David Eklu confirmed the arrest of NAM 1 by Emirati officials in Dubai in relation to a “gold trading deal gone bad within the Emirati jurisdiction.”

The statement said he was arrested on Monday, December 7, 2018.

The police added that Ghanaian officials in Dubai have visited NAM 1 who is currently in the custody of the Dubai Police and that the Ghana Police Service has since engaged the Dubai authorities on the next steps to be taken.

NAM 1’s arrest follows an alleged misrepresentation to security authorities in Dubai by a Dubai based company that he could be connected to an alleged botched gold business with a Ghanaian company, one of whose officials was known to him, close associates briefed on the matter have averred.

Graphic Online’s sources close to the matter claim he had landed in the Persian Gulf business hub in the late last year in the hope of retrieving some $39 million owed Menzgold by a Dubai-based company, Horizon Royal Diamonds DMCC, for the supply of gold.

The sources indicate that in 2016, an unnamed official of the Economic and Organised Crimes Office (EOCO) had recommended Menzgold to officials of Horizon Royal Diamonds for the supply of huge quantities of gold. That recommendation came because, according to the sources, the Dubai company had been duped by some Ghanaians previously.

It turned out that Horizon Royal Diamonds alleged later that it parted with no less than $51 million for which no gold whatsoever was supplied.