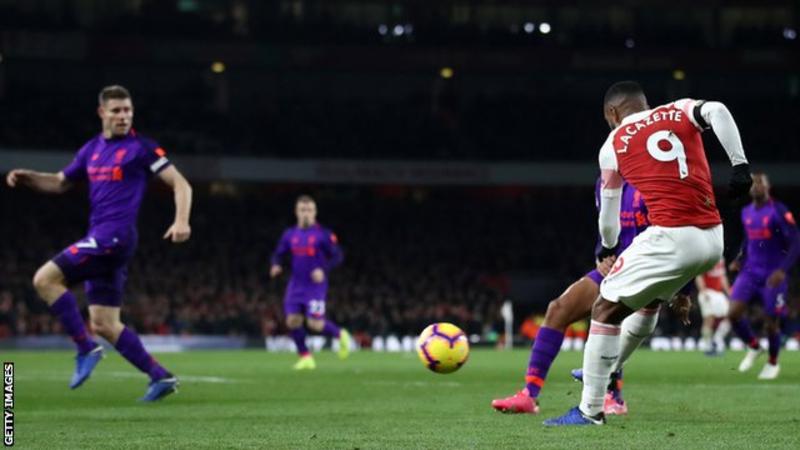 Alexandre Lacazette’s late equaliser extended Arsenal’s unbeaten run to 13 games and gave them a hard-earned 1-1 draw in a thrilling encounter with Liverpool at Emirates Stadium.

Lacazette, however, had other ideas and drew the Gunners level eight minutes from time with a superb finish on the turn after he had taken the ball away from Liverpool keeper Alisson.

The point puts Liverpool back on top of the Premier League but they will feel hard done by after a first-half strike from Sadio Mane was incorrectly ruled out for offside, while Virgil van Dijk hit the post with a header and forced a fine save from Leno after the break.

Arsenal’s persistence deserved reward despite those escapes and their display confirmed their development under new manager Unai Emery.