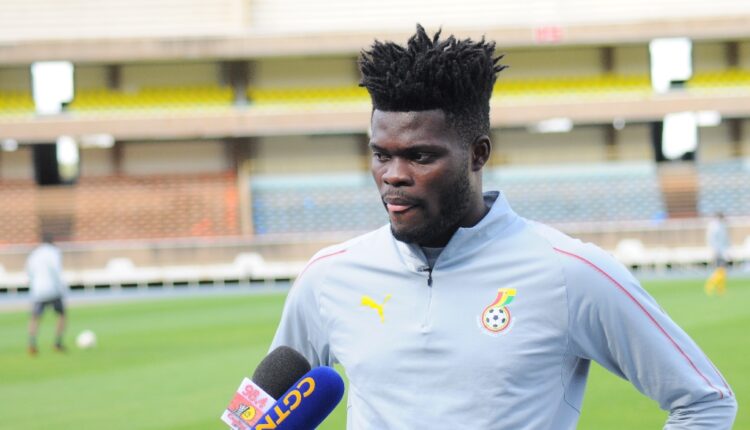 The Arsenal medical department have been in touch with the Ghana FA on the best way to keep star midfielder Thomas Partey in shape and reduce his chance of injury.

The 29-year old has only just returned from a fragile muscle injury that has kept him out for almost three weeks.

It was the same injury he suffered at Selhurst Park late last season that partly cost Arsenal Champions League football.

His performance against Brentford where he looked effortless in cutting out every attack and setting his side on the front foot is evidence of his immeasurable value to the way Mikel Arteta sets up his team.

The Gunners are top of the Premier League table and showed progress by thumping Brentford 3-0 at home.

Partey’s injuries are a cause for concern, especially as he is just working his way back to full fitness with the North London derby around the corner.

From a Ghanaian perspective, the World Cup is also just two months away, and it’s the reason the midfielder and club agreed they would pass on data to the national team and keep an eagle eye on his daily routine and game management while he is away.

Ghana will take on Brazil in their first international friendly on September 23rd in France before travelling to Spain to play Nicaragua on September 27th.

The Black Stars have qualified for the World Cup and see these friendlies as the perfect preparatory games to sharpen their methods and strengthen their chemistry ahead of tough group  games against countries like Portugal, Uruguay and Son Heung-min’s South Korea.