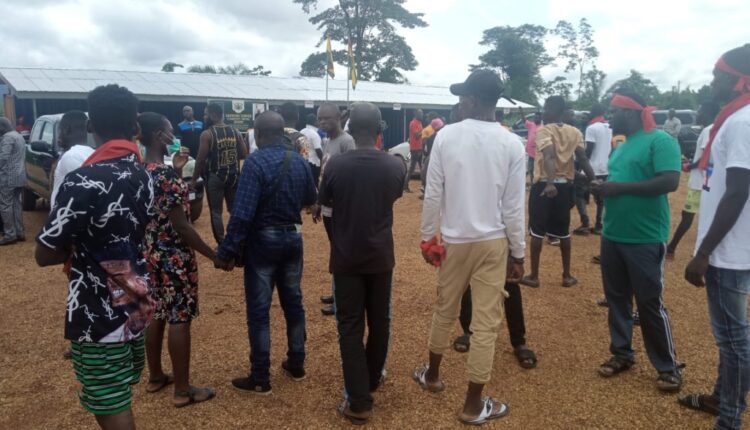 Residents of Asamang Tamfoe in the Eastern Region have expressed their dissatisfaction with the police and the Okyeman Environmental Task Force over the shooting incident that injured some members of the community.

The anti-galamsey task force fired gunshots in a clash with residents during an operation to stop the activities of some illegal miners.

Nana Boakye Darkwa, the Chairman of the Asamang-Tamfoe Community Mining Committee, who addressed the media on behalf of the people, said they would take on every group or individual who attempts to engage in illegal mining in the area. 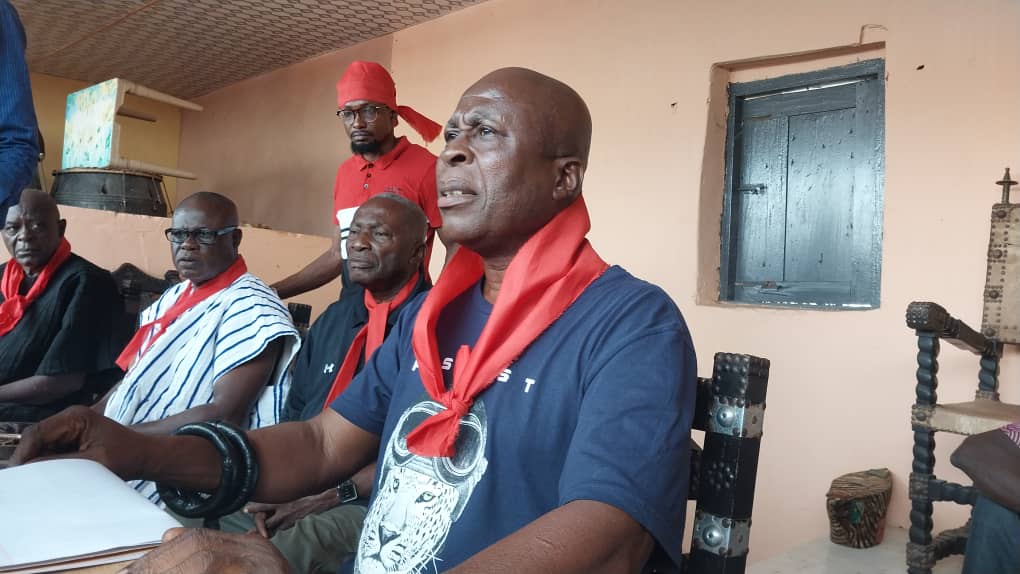 He warned that they would also resist the activities of the Small Scale Miners Association.

“They came to the palace to inform us they want to mine in our town. We asked them for their mining lease before we could grant them access, but it’s been over 10 years. They haven’t been able to produce a toilet roll,” he lamented.

According to him, the indigenes of the town are the only group with authorisation from the government to mine in the area.

“Today is exactly three months since the Deputy Minister Mireku Duker inaugurated the community mining in Asunafo and Asamang-Tamfoe. We have since been righting the wrongs so we could start working on the concession until the Eastern Miners claimed that our lands belong to them”.

“They [Eastern Miners] took us to Linda Dor with my Twafohene, Nana Asenso and Okyeame Dwumor and promised to give us one hundred thousand cedis and a monthly payment, but we rejected it and told them we are looking at the interest of the larger community,” he explained.

There was some disagreement with community members of Asamang Tamfoe when an anti-illegal mining taskforce and the police from Kyebi went to the area to arrest suspects and seize illegal mining equipment.

The police and the task force had gone into a bush in the area to stop suspected illegal mining activities.

However, the community members insisted their operations were approved as it was part of an approved community mining activity.

The police and task force seized some mining equipment, including excavators.

On their way out in a convoy transporting the arrested suspects and the equipment to Kyebi, where the District Police Command headquarters is located, the community members blocked the road.

This led to the firing of shots.

Meanwhile, 16 persons were arrested on Thursday, September 29, 2022, in connection with the shooting incident.

During the operation, the police retrieved one pump action gun, two excavators, two water pumping machines and a battery.

“Efforts are underway to arrest the remaining suspects and retrieve any other weapons in their possession,” a statement from the police said.