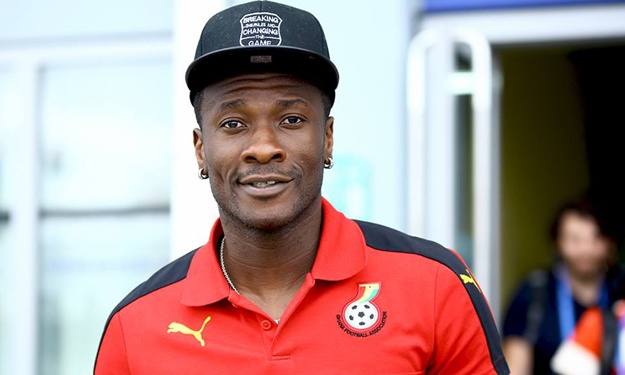 Majority of Ghanaians reference the 2014 FIFA World Cup fiasco whenever they talk about their lost love for the Black Stars.

All that people recall from the tournament was the USD$3 million which was airlifted from Ghana to Brazil to pay money-craving Black Stars players.

But there are some details in the story that is still unknown until today.

Asamoah Gyan who was the captain of the side has talked about it in his book ‘LeGyandary’.  According to Gyan, the players decided to protest an appearance fee from the GFA and the government.

The money, according to the players was their share of an amount paid to the Ghana Football Association and the government upon qualification to the World Cup.

But after two group stage matches with just few days to the final group game, the players were not paid which they begun to ask questions.

Asamoah Gyan in his book described the players agitation as a ‘silent protest’ which had an unpredictable ending.

“This was not how the silent protest were supposed to end.”

He said the FA told the players that FIFA is yet to pay Ghana’s appearance fee but the players who lost trust in the FA wanted to avoid chasing the FA for their money after the tournament and therefore deemed the FA’s excuse as lies.

“All I can say is that after repeated promises to pay at various times during pre-tournament camping, failing to meet their own deadlines, authorities had lost the trust of a lot of the players.”

He narrated that things got tensed in camp that the government had to save the situation so the FA could settle the debt later.

“…The players remained adamant about getting their payments and the government realised they had to save face quickly. And that, ladies and gentlemen, is how we got the point where $3m in cash bonuses was airlifted to Brazil.”

News report from the tensed situation was Sulley Muntari and Kevin Prince Boateng getting expelled from camp for gross insubordination.

Sulley was accused of assaulting a management committee member in a heated argument, an incident Gyan said he did not witness.

“It had been widely reported that Muntari had physically assaulted a management member. But the Muntari I knew would not go that far. The problem is, I was not there during any of these so-called exchanges.”

He then referred to the Black Stars coach, Kwesi Appiah’s quote on the incident in his book ‘Leaders Don’t Have To Yell’.

“I went to Sulley Muntari’s room to find out what had happened. He told me he was trying to explain something to the management team member and that turned into a heated exchange. The heated exchange led to the management member throwing a blow at (Muntari), and he retaliated by fighting back. He showed me a bruise, along with a dab of blood, that he had sustained from the incident.”

The bonuses where paid and the players got ready for the final group game against Portugal.

Ghana lost 2-1, exiting the group stage with only 1 point from a group that had USA, Germany and Portugal.

The draw which was their best results came against Germany.