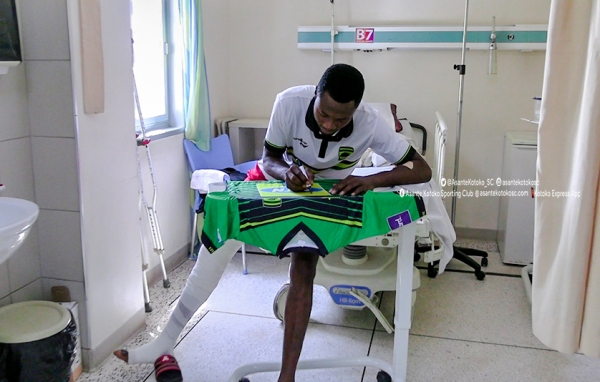 Asante Kotoko goalie, Osei Kwame, is set to be out for eight months, ruling him out of for the rest of the season, following a surgery.

The club announced that its third-choice goalkeeper had undergone a correctional surgery last Wednesday.

Reports indicate that the former International Allies shot-stopper had earlier gone under the knife in 2016 for anterior cruciate ligament tear in his right knee, but had to go for another surgery due to poor rehabilitation management after the first surgery.

Ghana’s league is on break following the government’s ban on some sporting activities because of the deadly coronavirus.

Asante Kotoko SC will now have to rely on goalkeepers, Felix Annan and Kwame Baah when football resumes after COVID-19.
Story By kobby Asamoah/ k.boahene@theghanareport.com
Asante KotokoCovid-19FootballGhana Premier Leaguesports news
You might also like
Sports