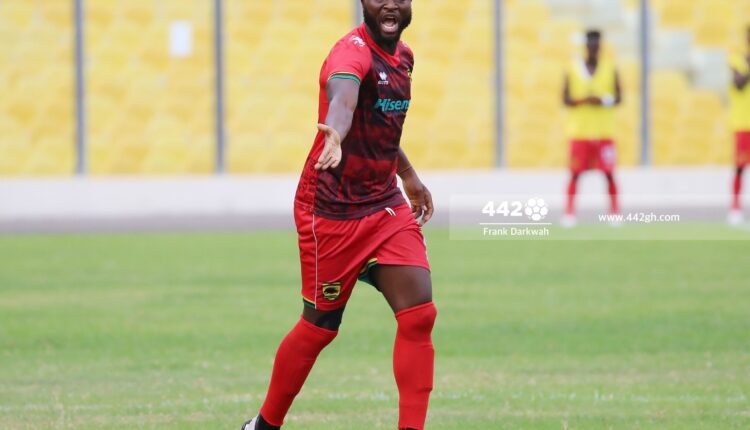 Midfielder Sulley Muniru has left Ghana Premier League side Kumasi Asante Kotoko after reaching an agreement with the club to terminate his two-year contract.

The club announced in a statement on Friday that they have parted ways with Muniru less than four months into his contract.

The former CFR Cluj midfielder and Kotoko agreed to terminate the contract prematurely with no financial obligations.

Muniru is the younger brother of former Inter Milan and A.C. Milan player Sulley Muntari and he started his career with Ashanti Akim Missiles and the moved to Liberty Professional.

During the 2013 January transfer window, Muniru signed the first international contract of his career with CFR Cluj.

Muniru wore the number 48 on his jersey to celebrate his mother’s birthday when he signed for the Romanian club.

Hajia Kande, the mother of Sulley and Muniru, has been a pillar in the lives of the footballers.

Muniru played key games for Kotoko including their CAF Champions League first leg against Al Hilal Omdurman and WAFA in the Ghana Premier League at Sogakope.