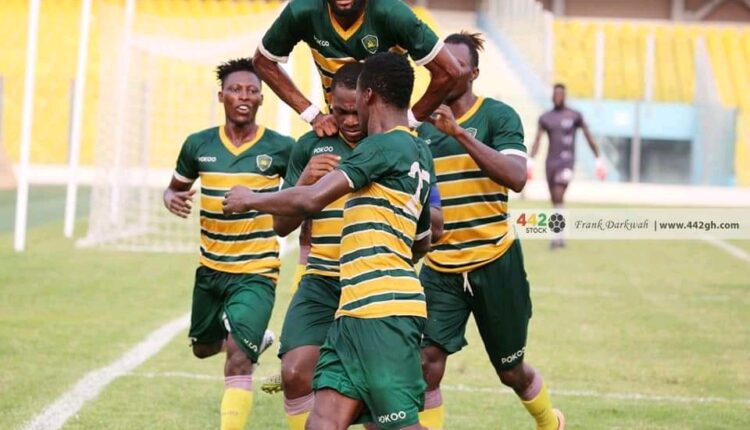 After successful negotiation with the miners, Korsah and Asamoah signed two-year and three-year contracts, respectively.

Their move will see them reuniting with former coach Ernest Thompson Quartey who joined the Obuasi-based club from Dwarfs a few days ago.

Korsah, who captained Ebusua Dwarfs, was one of the standout players in the just-ended season, making 32 appearances and scoring 5 goals. In contrast, Asamoah, on similar appearances, scored 3 goals.

Their strive wasn’t enough to keep the ‘Crabs’ in the league.

Ebusua Dwarfs were relegated from the Ghana Premier League on the final day of the season despite beating Bechem United 2-1 at the Cape Coast Stadium.

However, AshantiGold managed a 9th place finish and reached the FA Cup final but lost to league champions Accra Hearts of Oak on penalties.

AshantiGold are keen on augmenting their squad for the upcoming 2021/22 Ghana Premier League season, which is due to begin in October.