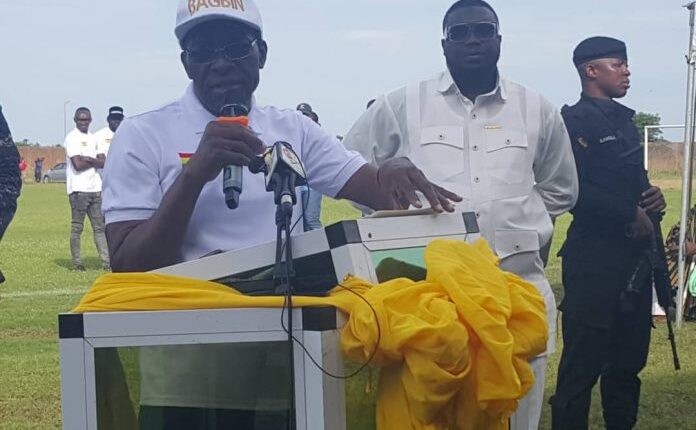 The Upper West Regional Youth Parliament has called on the metropolitan, municipal and district assemblies (MMDAs) to absorb the aged working as private security guards (watchmen) into the Livelihood Empowerment Against Poverty (LEAP).

That would help reduce their vulnerabilities and risk of being targeted for abduction and ritual killings due to their age, it said.

The Youth Parliament said the Department of Community Development and Social Welfare could help in identifying those old private security personnel and enroll them onto the LEAP.

Mr James Baba Anabiga, the Speaker, at a press conference in Wa, said private businesses and entities engaged the services of the watchmen, with some of the companies exploiting them to the detriment of their welfare.

The press conference, on the theme: “The Killings, Lapses and the Way Forward,” was to disseminate research findings on “Assessing Private Security Accountability in the Wa Municipality of the Upper West Region”.

This is in relation to the series of abductions and killings of the private security guards in Wa.

About 11 people have been killed or reported missing in Wa with a majority of them being watchmen of schools and shops.

The research findings indicated that 82 per cent of respondents were private security men, who were 50 years and above.

It said over 70 per cent of them received between GH₵100.00 and GH₵399.00 as monthly wage, which the group described as exploitation since it was below the National Daily Minimum Wage of GH₵13.53.

“The findings established the that private security operatives receive over GH₵600.00 and in turn under-pay those assigned to the facilities or businesses,” Mr Anabiga said.

The Social Security and National Insurance Trust (SSNIT) should ensure the salaries of watchmen met the minimum wage and their contributions to the scheme made appropriately.

The research also identified the poor street lightning system in Wa as a breeding ground for the nefarious activities of miscreants.

Mr Anabiga, therefore, called on the Wa Municipal Assembly to improve the lighting system, adding; “We pay for it and it’s fair we have it installed and functional as well.”

They should also engage the services of the Ghana Police Service to ensure maximum protection of their properties.