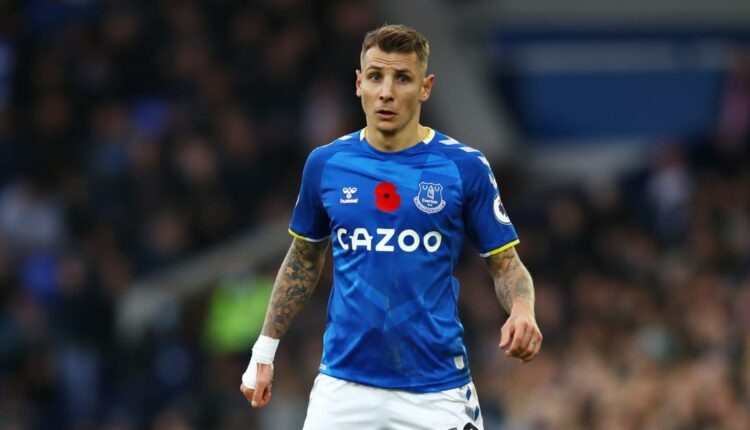 Aston Villa have agreed a £25m fee with Everton for the transfer of Lucas Digne.

The French full-back, who has fallen out with current manager Rafael Benitez at Goodison Park, is now set to undergo a medical ahead of completing the transfer to Villa Park.

The 29-year-old was unveiled on Monday after flying into Birmingham to complete a medical, and his arrival provides additional competition for places as Villa look to break into the Premier League’s top ten after an indifferent start to the season.

The signing of Digne is further evidence of Steven Gerrard’s pulling power as manager, with Newcastle known to have been among the clubs interested in agreeing a deal with Everton.

90min learned early on in January that the Magpies were willing to stump the cash and agree a permanent move, but he’s decided against moving to St James’ Park in favour of teaming up with Gerrard. There was also loan interest from Chelsea and West Ham, but neither side came close to agreeing terms.

Digne is likely to slot straight into Villa‘s starting XI having fallen out with Benitez in the aftermath of the crushing 4-1 Merseyside derby defeat to Liverpool. That game was on the first day of December, and Digne hasn’t been since – with Benitez opting to leave him out of his matchday squads despite their patchy form.

Matt Targett is Villa’s current left-back and has featured in all but two of the club’s Premier League games so far.