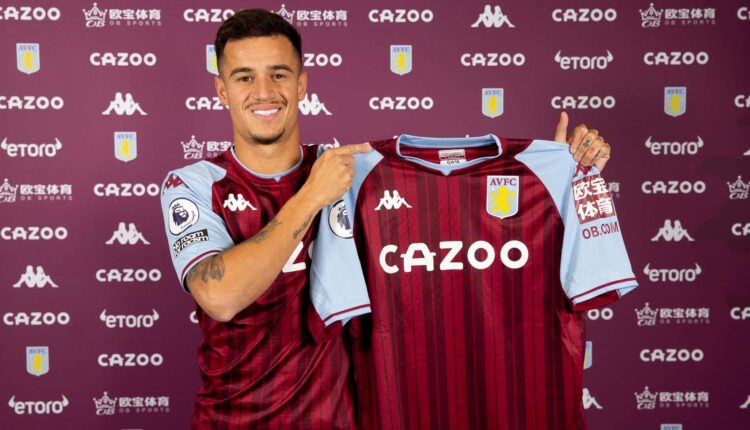 Aston Villa have completed the signing of Barcelona midfielder Philippe Coutinho on a six-month loan from Barcelona.

The 29-year-old struggled for minutes under both Ronald Koeman and Xavi and was keen to leave in search of the playing time that could get him a spot in the Brazil squad for the 2022 World Cup.

A deal was struck last week and Coutinho arrived in Birmingham on Tuesday, having already completed his medical and obtained a work permit, and Villa have now confirmed everything has been finalised.

As part of the deal, Villa also have a £33m option to buy Coutinho permanently at the end of the season.

“It’s a pleasure to be here; it’s a great club,” Coutinho said. “I spoke a lot with the manager, with Stevie, and he told me about the club and his ambitions. I’m very happy to be here and I’m looking to enjoy my football.

“I’ve known Stevie for a long time. I played with him and I learned a lot from him. He’s someone who I have big admiration for. I hope to do my best here. For sure, I will work hard, and I hope together we can do good work.”

He continued: “I’m looking forward to meeting the fans, to being on the pitch. I know and I feel that they’re happy that I’m here.

“I want to repay that on the pitch and enjoy my football. I’m looking forward to being on the pitch. I always want to be at my best, doing my work. That’s what I work hard for every day.

“I hope it will be a great rest of the season here.”

For Coutinho, it’s a chance to add to the 152 appearances he made in the Premier League. He bagged 41 goals in the competition for Liverpool between 2013 and 2018, chipping in with 37 assists for good measure.