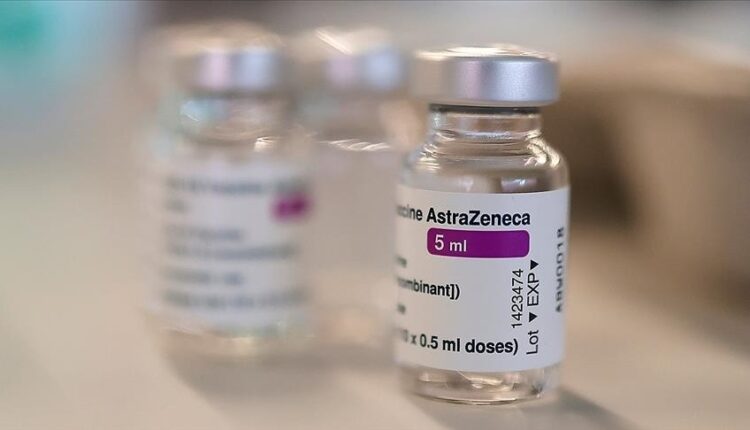 AstraZeneca has started to move away from providing its Covid-19 vaccine to countries on a not-for-profit basis.

The drugs giant has signed a series of for-profit agreements for next year, and expects to make a modest income from the vaccine, it said.

The company had previously said it would only start to make money from the vaccine when Covid-19 was no longer a pandemic.

The jab will continue to be supplied on a not-for-profit basis to poorer countries.

Mr Soriot had said previously: “We decided to provide it at no profit, because our top priority was to protect global health.”

He told the BBC he had “absolutely no regrets” about not making a profit when competitors had been, despite having to deal with political criticism in various countries.

He said the vaccine, which was developed with the University of Oxford, had saved a million lives around the world.

“I absolutely don’t regret it,” Mr Soriot said. “We are proud as a company of the impact we have had – we’ve saved millions of hospitalisations. The [AstraZeneca] team continues to do a stellar job.”

He said that the contracts that had been signed are for next year, adding: “The virus is becoming endemic which means we have to learn to live with it.

“We started this to help, but we said we would transition [to making a profit on the vaccine],” he said. “It’s not something we see as a huge profit-earner.”

There will be tiered pricing for countries to make sure the vaccine is affordable, Mr Soriot said.

By the end of the year AstraZeneca expects to have supplied 250 million doses of its vaccine to the Covax programme for developing countries.

Other vaccine manufacturers including Pfizer and Moderna have been making profits from their vaccines.

A normal profit margin in the drugs industry is about 20%, but Mr Soriot said AstraZeneca, which charges about $5 per shot for the Covid vaccine at cost price, would not be making as much profit as that.

However, Nick Dearden, director of campaign group Global Justice Now, said AstraZeneca’s decision to start profiting from the vaccine while the coronavirus pandemic was continuing “shows the utter folly of giving away publicly-funded science to big pharma”.

“This moment was always going to come – and it’s exactly why public health experts have demanded a waiver of intellectual property on Covid-19 vaccines,” he said.

In its latest financial results, AstraZeneca said: “The company is now expecting to progressively transition the vaccine to modest profitability as new orders are received.

By the end of September, AstraZeneca and its sub-licensees had supplied 1.5 billion doses.

The company reported revenues for the first nine months of the year of $25.4bn (£19bn), but said its overall profit margins had declined, mainly due to providing the Covid-19 vaccine at cost price.

AstraZeneca said a rise in profits in the fourth quarter from the Covid-19 vaccine would balance out costs related to developing a Covid-19 antibody treatment, as it kept its overall profit forecast for the year the same.

Shares in the drugs giant fell more than 4% on Friday.