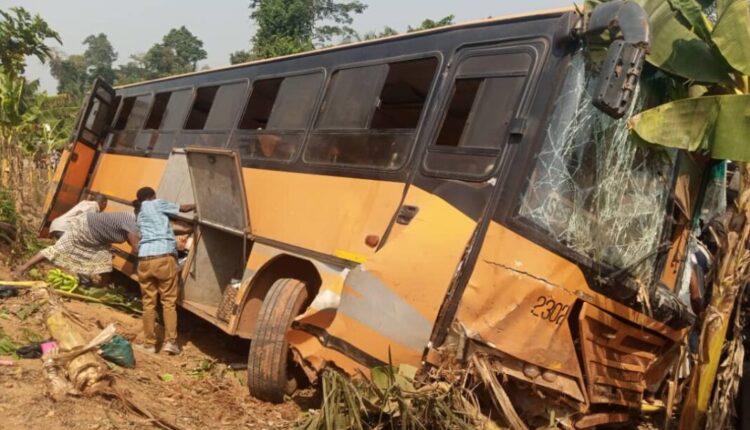 At least 12 lives have perished, with several others injured in a road accident at Bibiani on the Sefwi-Bekwai highway in the Western North Region.

The accident occurred in the morning on Monday, January 10,  after a Metro Mass Bus crashed with a Sprinter Benz Bus.

An eyewitness, Hamza Mohammed, said the Sprinter Bus with registration number ER 1813-19 was travelling from Sefwi-Wiawso with 62 passengers to Bibiani. The Metro Mass Bus had 23 passengers on board heading from Kumasi to Sefwi-Wiawso.

According to Hamza, the Sprinter Bus attempted an overtaking near the Bibiani College of Health Sciences resulting in the accident.

Bodies of the deceased passengers were also deposited at the morgues of the same hospitals.

Bibiani MTTD Divisional Commander, ASP Emmanuel Osei, has confirmed the accident and explained that police were waiting for families to identify the bodies.