Auditor General given a day’s ultimatum to retract and apologise for ‘defamation’.

The Deputy Minister of Agriculture, Kennedy Osei Nyarko, has given the Auditor-General, Daniel Domelevo, a 24-hour ultimatum to retract and apologise publicly to him over misrepresentations in the  Ghana Education Trust Fund (GETFUND) Scholarship audit report.

The Deputy Minister said he felt defamed by the content of the report concerning him, which was not true.

In a letter sighted by theghanareport.com , and addressed to Mr. Domelevo, the Deputy Minister through his lawyers has asked the Auditor-General to retract claims that he (Kennedy Osei Nyarko) benefited from a Ghana Education Trust Fund (GETFUND) scholarship.

The Auditor-General, in a ‘disturbing’ report, slammed the GETFUND for “unlawfully” dishing out more than $4.7m in scholarships to persons who are anything but needy students.

The report listed some 86 beneficiaries, which included “Members of Parliament, politicians, media practitioners, lecturers, heads of institutions and associates.”

Kennedy Osei Nyarko, Member of Parliament for Akim Swedru and Deputy Minister of Agriculture, was also listed as a beneficiary.

However, the Member of Parliament has refuted the report and described it as malicious and unprofessional. He is, therefore, demanding an apology.

“If you had done your work diligently, professionally and with no malicious intention, you would have known that our client has not received any money from GETFUND nor benefited from any scholarship to pursue further studies in the school you intended,” the letter read.

Mr  Nyarko wondered why the Auditor General through its “bias finding” failed to indicate the amount of money he received from the scholarship scheme.

“We are, therefore, instructed to notify you to retract the said publication about our client within 24 hours, and to render a public, an unqualified apology for the public ridicule and dissatisfaction caused him as a consequence for your unprofessional conduct,” the letter said.

Below is a copy of the letter 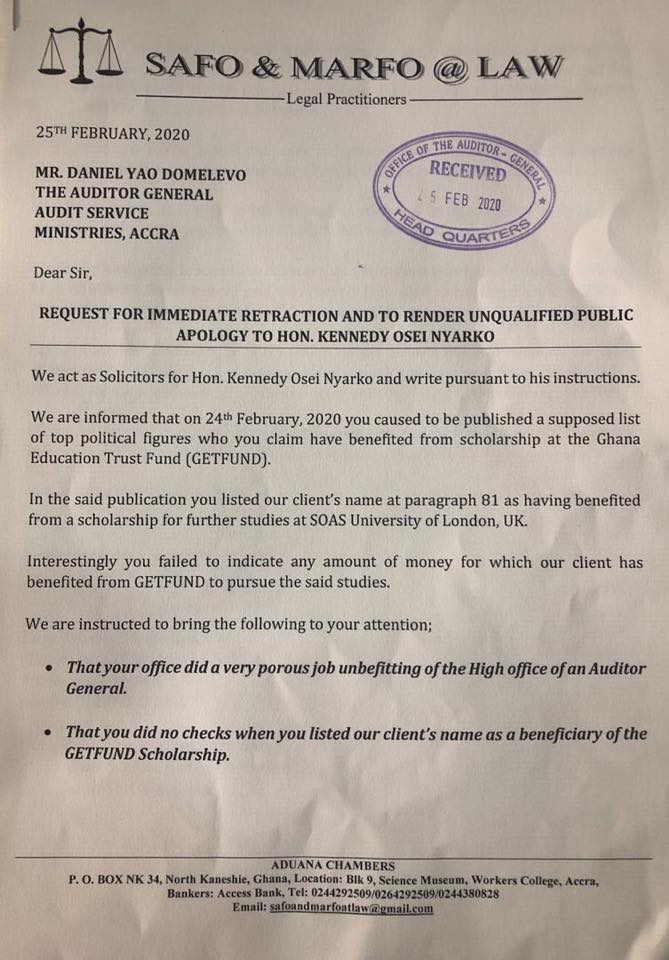 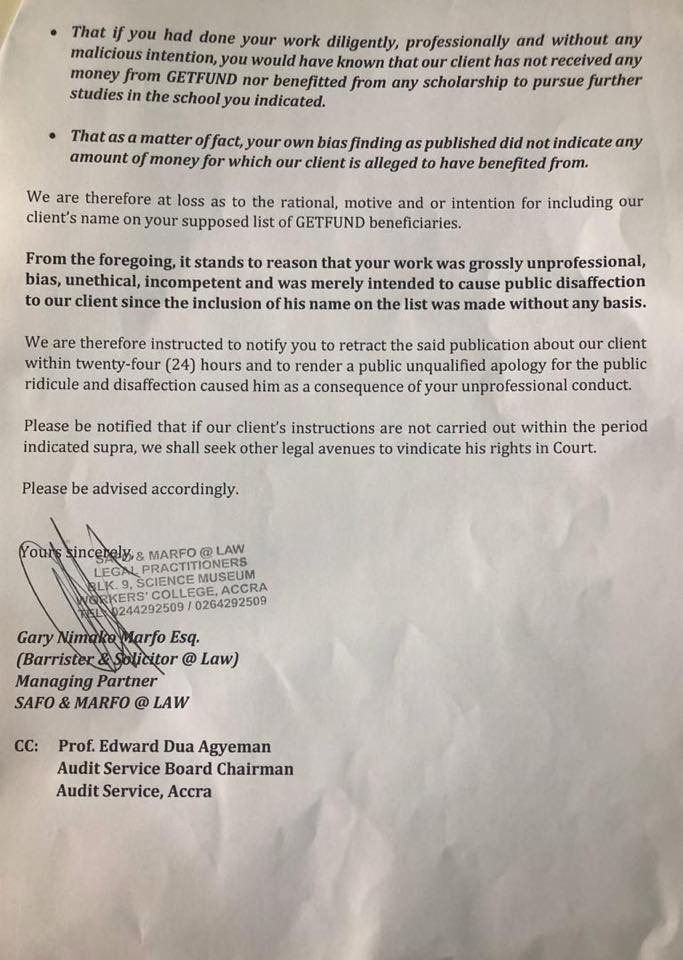