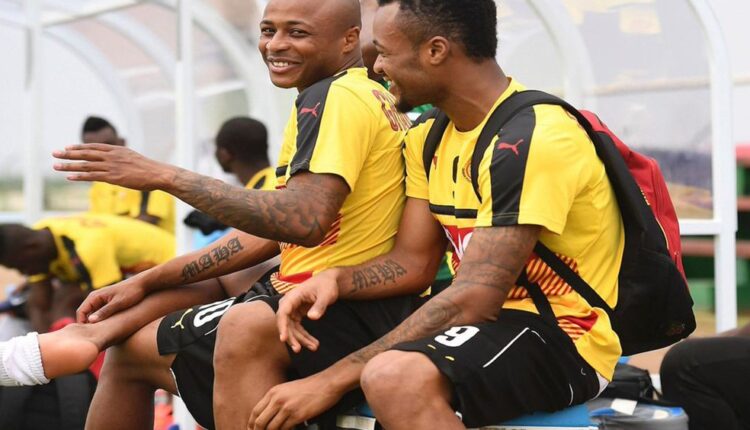 Ghana skipper Andre Ayew and his brother Jordan Ayew have joined their Black Star teammates in Turkey as the team prepares for the doubleheader friendly with Mali and Qatar.

The two England-based players arrived at the Xanthe Resort and spa, Tuesday morning to increase the number of players in camp to twelve, following the arrivals of Nicholas Opoku, Emmanuel Lomotey, Eugene Ansah, Benson Annang, and Kamaldeen Sulemana on Monday.

The rest of the players are expected to arrive Tuesday, evening.

The team is expected to hold its first training session at the Emir Sports complex in Antalya, Tuesday afternoon.