Ayine in trouble again over ‘unacceptable’ comment against judiciary

The Judicial Secretary petitioned the GLC to investigate the MP for Bolgatanga East after comments he made while speaking at a Ghana Center for Democratic Development(CDD-Ghana) roundtable discussion on ‘Presidential Election Petitions and their Impact on Africa’s Democracy’ on May 5, 2021.

Dr Ayine is alleged to have said that the Supreme Court’s failure to apply the rules of procedure and the continuous dismissal of the 2020 election petitioner’s applications were the basis of his statement.

“Adjudication is the process of accountability. So, for me, it is okay to dismiss an application brought by a petitioner for one relief or the other, whether substantive or procedural”.

“But it is another thing to fail to apply the rules of procedure in a manner that enhances the accountability process. So, at the end of the day, the petition actually dampened my hopes with respect to the independence of the judiciary and its ability to hold the Electoral Commission, in particular, accountable in election petitions,” he is quoted to have said.

According to the Judicial Secretary Justice Cynthia Pamela, his comments have been described by the Chief Justice as “unacceptable” and has therefore referred the MP to the disciplinary committee of the GLC to investigate the matter.

“His Lordship, the Chief Justice, therefore, finds his alleged disparaging comments totally unacceptable and would like you (GCL) to investigate this matter further,” a letter addressed to the GLC dated May 25 stated.

The letter also cited a similar offence during the election petition hearing where Dr Ayine was warned against scandalizing the courts and undermining the administration of justice in the country.

In a post-hearing address to the media, Dr Ayine accused the justices of having a pre-determined mindset against the petitioner.

“These are all germane issues under the constitution and laws of Ghana. To reduce the petition into a single issue petition is rather unfortunate and smacks of a predetermined agenda to rule against the petitioner in this matter,” he said.

Cautioning him in court, Chief Justice Anin Yeboah said although the court will not fine or punish the Member of Parliament, it was important to take some necessary action to serve as a deterrent to other team members who may be towing the same path.

“We, however, order that the contemnor purges his contempt by retracting the scandalous statements on the very same medium before Thursday when the court will reconvene to hear the contempt case,” the CJ ordered.

Counsel for the former deputy Minister of Justice and Attorney General assured the court that his client had taken a cue from the justices’ advice and would not repeat such.

The former deputy Attorney General publicly retracted and apologised for his slanderous comment against the Supreme court on February 23, 2021.

Dr Ayine promised not to repeat the same mistake and vowed to be of good behaviour going forward.

The latest development has discussions on social media with commentators suggesting that the action by the Judicial Secretary was needless. 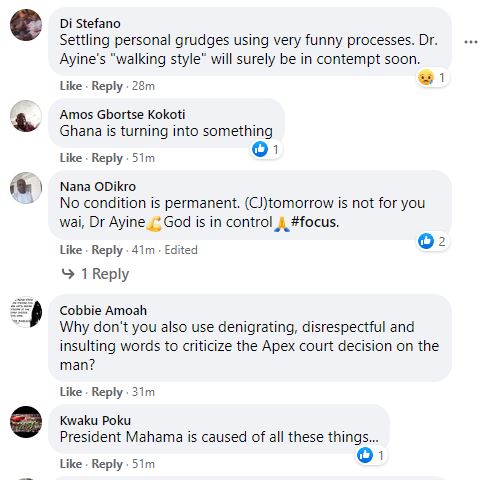 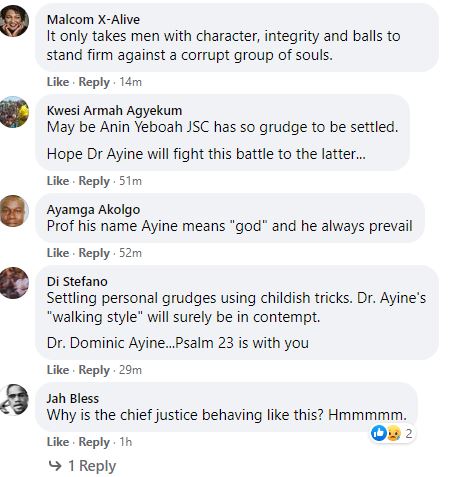