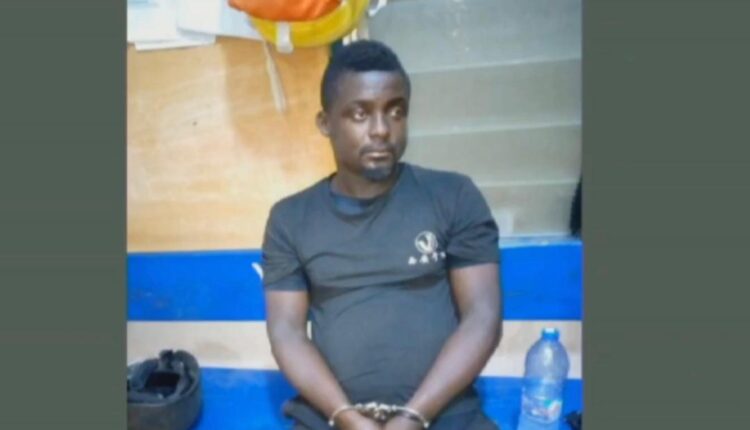 The 39-year-old man who snatched a ballot box in the Sene West constituency in the Bono East Region during the just-ended elections has been slapped with a five-year ban.

Christian Nukpeta has been banned from registering and voting in any election in Ghana for the next five years.

In addition to the ban, Nukpeta is expected to spend three months in jail for snatching the ballot box.

He is also to pay a fine of GH¢3600. However, if Nukpeta defaults the payment of the fine, he will spend an additional six months in jail.

The sentence was handed over to him when he appeared before the Techiman Circuit Court, presided over by Alexander Graham on Friday.

The sentence was after Nukpeta, a resident of Tato Bator pleaded guilty to the charge.

Explaining his action, he told the court that “he did not know why he engaged in that act.”

The facts of the case is that the convict snatched a Parliamentary ballot box at one of the polling stations in the area when the counting process was ongoing.

According to the prosecution it took the intervention of the security personnel at the scene to pursue and arrest him.

Even with that, when the box was returned, it had one of the seals, the one belonging to the New Patriotic Party (NPP) removed.

The EC cannot declare the results until the court has determined the case before it.

The outstanding Sene West seat was contested by three candidates in Monday’s election.

Some supporters of the National Democratic Congress (NDC) at Techiman South in the Bono Region have alleged that the government tried to rig the elections by mixing the ballot papers with fake ones.

This according to them led to the misunderstanding between the NDC supporters and the EC officials.

The supporters attacked the EC officials and snatched the ballots boxes preventing them from presenting it at the collation center.

In Awutu Senya West Constituency, a man was shot after he attempted to snatch a ballot box as counting was ongoing by EC officials.