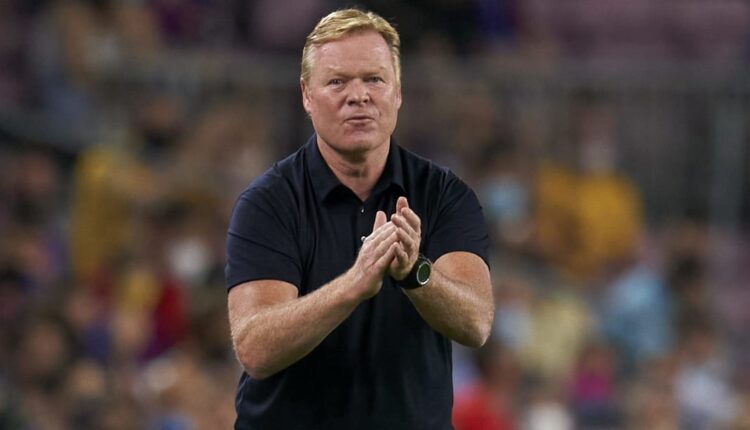 The powers that be at Barcelona have held a meeting to discuss potentially sacking manager Ronald Koeman imminently.

Koeman and president Joan Laporta have been at odds recently over a hypothetical contract extension, with the Dutch boss unimpressed with the lack of support he has been shown publicly by those in charge.

Up until this point, Laporta’s message has always been that Koeman has his full trust, but according to TV3 (via Marcelo Bechler), that’s not exactly the case.

It is believed that Laporta and his boardroom team have held a meeting specifically to discuss cutting ties with Koeman right now, with some in favour of making an immediate change and others keen to give the manager a few more weeks.

Before this week’s 3-0 loss to Bayern Munich, Laporta was keen to see an immediate change from the squad after an unconvincing start to the season. Not only did he not get that in that European game, but it is believed that he saw the defeat as a step backwards.

Laporta was always expecting to lose to Bayern, but it was the manner of the defeat which has hurt him. Barcelona failed to record a shot on target as they were comprehensively thumped by the Germans yet again, and Laporta was left livid at the tame showing.

It’s that sentiment which has sparked this recent meeting. Laporta knows it would cost him about €12m (£10m) to fire Koeman right now, and for a club that isn’t really swimming in money these days, that price is a little high.

It seems that those in favour of giving Koeman a little more time may get their wish as sources have confirmed to 90min that the boss is likely to be given three more games to prove himself. Barcelona will face Granada, Cadiz and Levante, and Laporta wants nine points and no excuses.

Monday’s meeting with Granada is of particular importance to Laporta as it was against those opponents that Barcelona suffered a major stumble in last season’s La Liga title race, and the president is adamant that such a slip up will not be tolerated again.