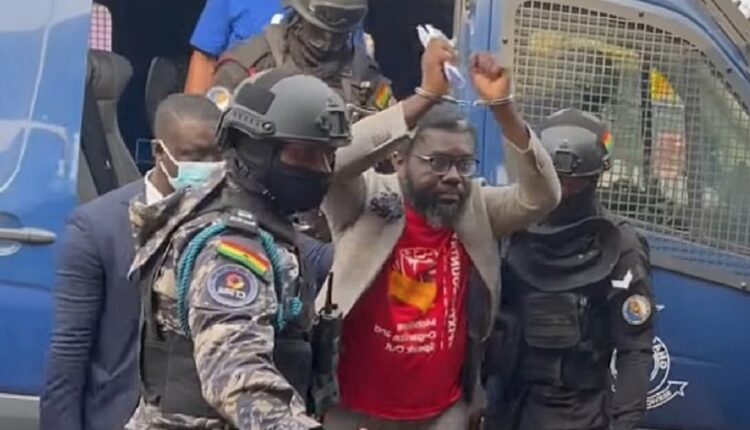 The police have arrested #FixTheCountry Convener Oliver Barker-Vormawor for a motor traffic offence.

Earlier reports suggested that he was on his way to the Tema High Court when he was picked up by the Motor Traffic and Transport Department (MTTD) officers.

In a Facebook post, the embattled activist indicated that he has been charged with “careless and inconsiderate driving.”

“I have been charged with careless and inconsiderate driving. I need two sureties at Madina District Court,” the post read.

In a subsequent post, he said he is “being taken to the cells at East Legon Police station now.”

Mr Barker-Vormawor has a case in court in which he’s standing trial for allegedly threatening a coup over the electronic transfer levy.