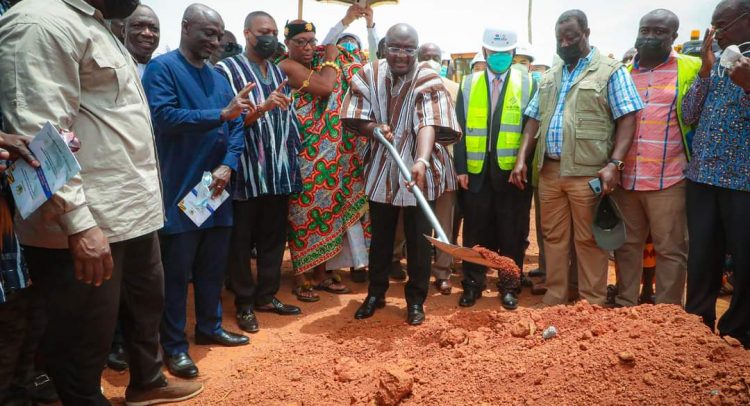 Vice President Dr. Mahamadu Bawumia has commissioned the first phase of the Sinohydro feeder roads completed in the Ashanti region, at Nyinahin.

On the same Friday March 25, 2022, the Vice President also cut sod for the beginning of construction works on 145 different roads for a total of 100km of urban roads across six Metropolitan and Municipalities areas under the Kumasi City Inner Roads project, part of the Sinohydro Master Project Support Agreement (MPSA).

“This project is different from the ongoing construction works, under the Rehabilitation and Auxiliary Infrastructure of Kumasi Inner Ring Road and Adjacent Streets -Phase 1, for which I cut sod in 2019 being done in some areas in Kumasi under the auspices of Contracta (construction firm) which is 96% complete,” Dr. Bawumia stated per information shared on his social media page.