The Vice President, Dr. Mahamudu Bawumia, has described the National Chief Imam, Sheikh Osman Nuhu Sharubutu, as “a gift to the nation from God” who has contributed immensely to education and national development.

Dr. Bawumia eulogised the 103-year-old Sheikh Sharubutu on Friday, August 5, when he commissioned the Sheikh Sharubutu Mosque – a magnificent edifice built by the National Chief Imam, as well as an Islamic School beside it, in Joma Ablekuma.

“His prolific and unstinting charitable works constantly humble me, and it has always been a pleasure to learn from him. His works align perfectly with the principles of service to Allah, service to community and service to the country,” Dr Bawumia said.

“The building of a school and the establishment of a Mosque devoted to the glory of Allah is yet another resplendent addition to an impressive array of beneficial projects commissioned and implemented by our venerated National Chief Imam,” he added. 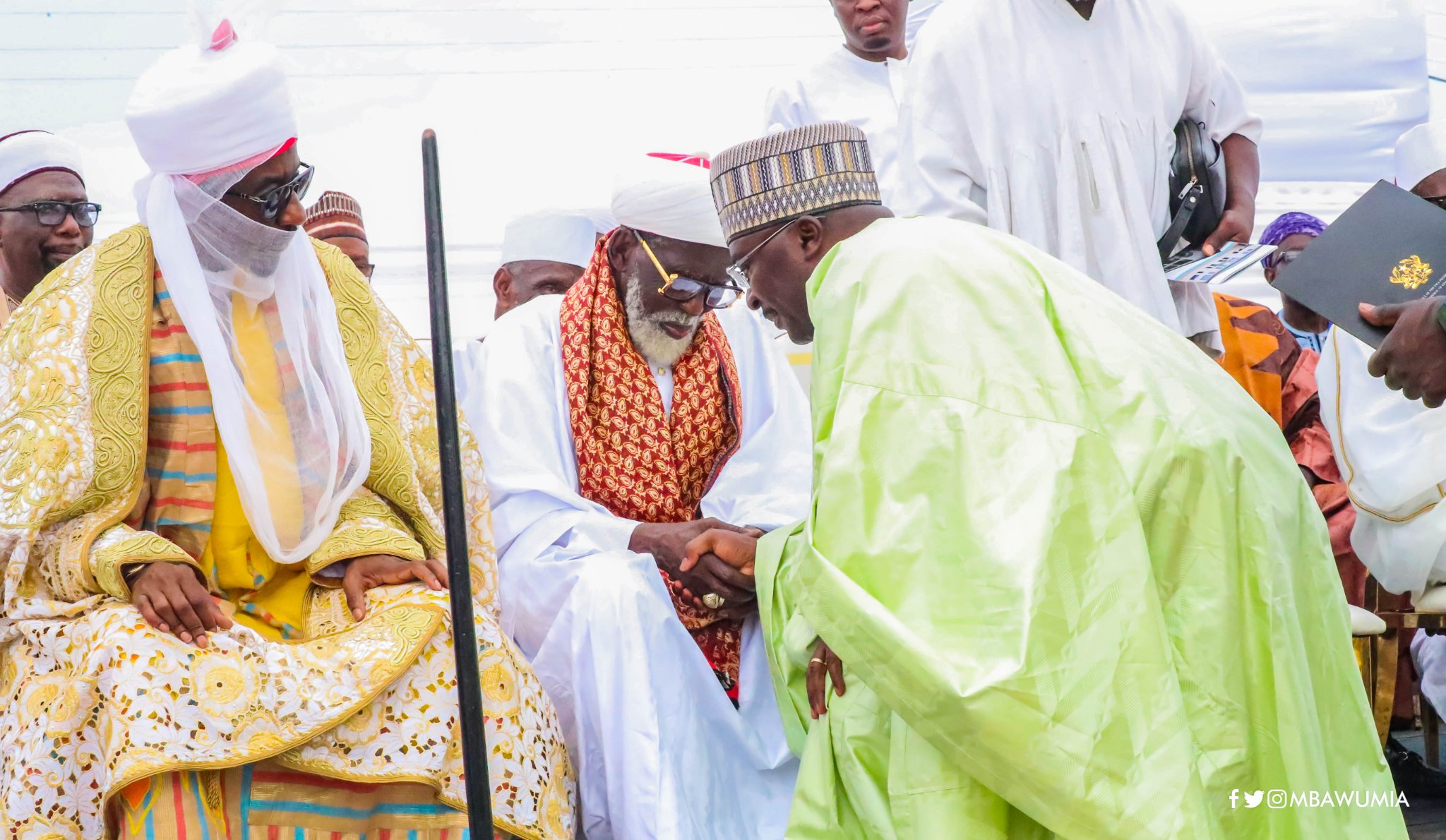 “Also, the significance of establishing a Mosque in Islamic life can never be overstated. ‎In all Muslim communities, the Mosque, apart from being an exulted place of worship, also functions as a focal point of education, social welfare, community gatherings and allied forms of important social interaction,” he added.

The Vice President also commended Sheikh Sharubutu for his selflessness and commitment to promoting the good of society.

“The Chief Imam does his good works from his undoubted commitment to society’s overall betterment. Sheik Sharubutu has always promoted and energetically worked for the balanced and spiritual uplifting of our people. His laudable works and necessary social interventions are never for personal gain or for fame.” 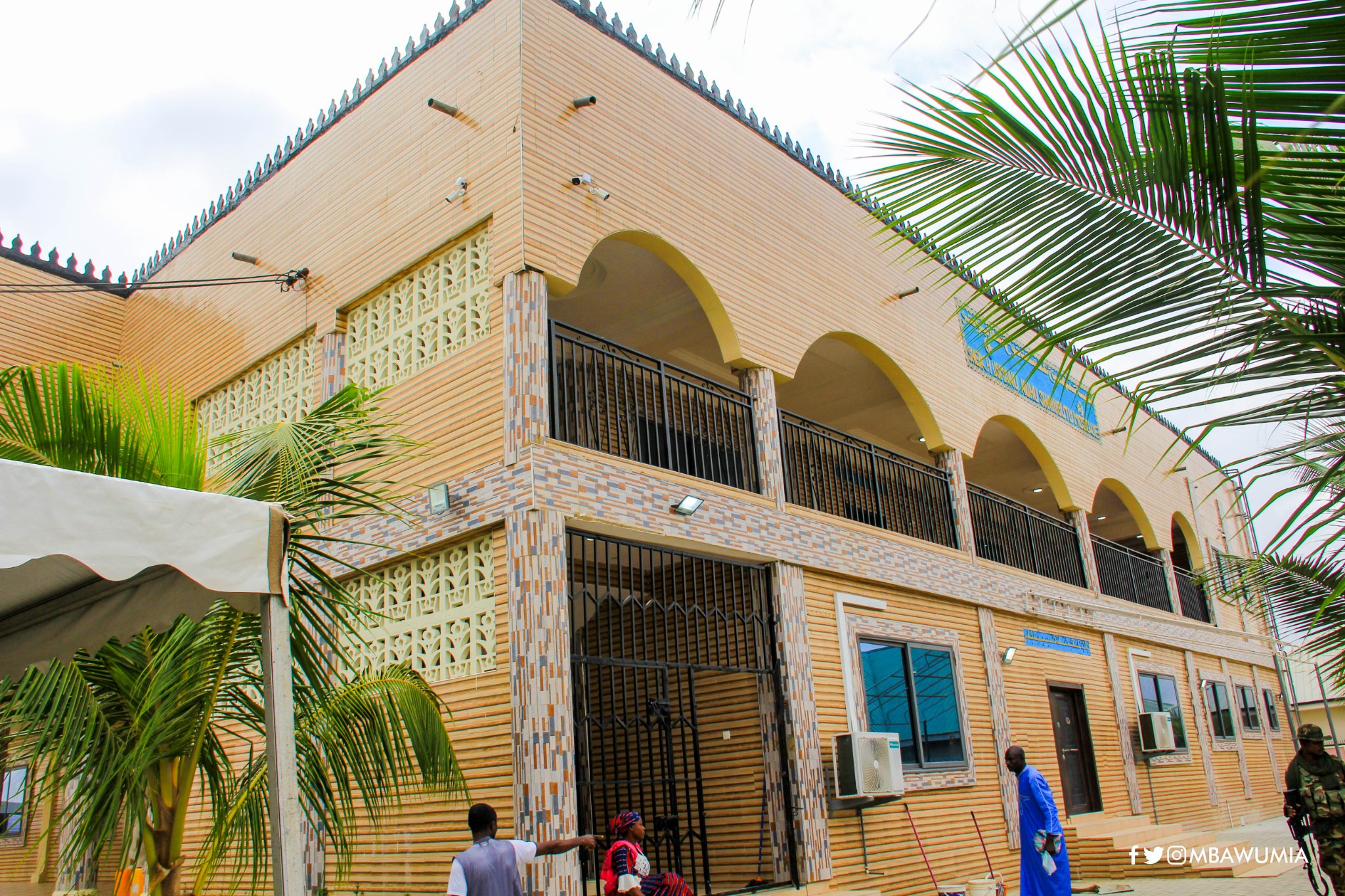 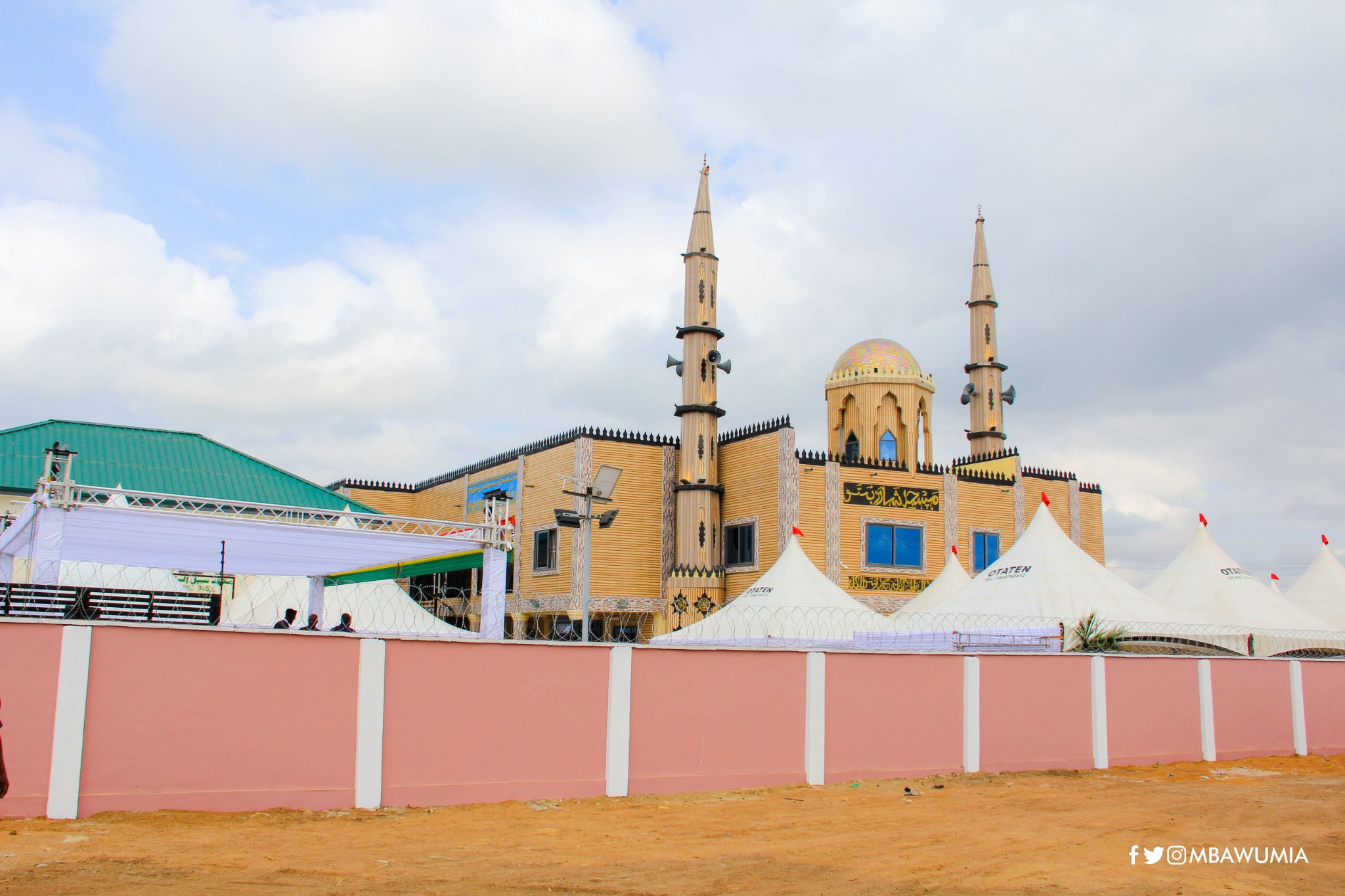 “I have absolutely no doubt that our Almighty Creator will reward him amply and deservedly for his extraordinary good works, such as the establishment of this beautiful Mosque and school for our Joma-Ablekuma communities.”

Government, Dr. Bawumia noted, recognises the immense role Sheikh Sharubutu has been playing in education in particular, and added that in him, the government has a friend, and vice versa.

“National development has always been built on the back of education, as it equips young people to defy their socioeconomic challenges and circumstances to contribute to the establishment of a better nation.

“Government is in tune with the impactful role that education plays in the life of our citizens and the nation. This underpins the resolve and commitment of government to ensure that the barriers to education are not only eradicated but that the full complements of the education of our young ones are well catered for.”

“The Government and Ghana as a whole has friend and a gift from Allah, in Sheikh Usmanu Sharubutu, and he also has a friend in us.”